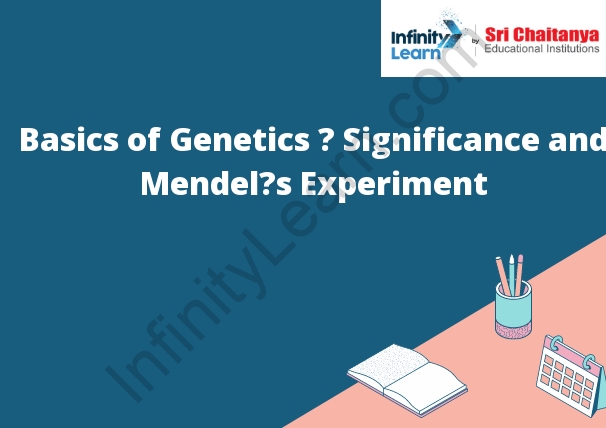 The study of genetics is important because it helps us to understand how traits are passed from one generation to the next. This information can be used to improve crops and livestock, and to diagnose and treat genetic disorders.

Some Important Terminologies in Genetics:

1. Genotype: The genotype is the genetic makeup of an organism. This includes the genes that are present as well as their arrangement.

2. Allele: Alleles are different variants of a gene. They can be the same or different and can affect the phenotype of an organism.

3. Homozygous: Homozygous individuals have two of the same alleles for a particular gene. This can result in a dominant or recessive phenotype.

4. Heterozygous: Heterozygous individuals have two different alleles for a particular gene. This can result in a dominant or recessive phenotype.

5. Dominant: A dominant allele is one that will always be expressed regardless of the other allele present.

6. Recessive: A recessive allele is only expressed if it is paired with a dominant allele.

Mendel’s Experiment was a study of inheritance in pea plants. Mendel cross-bred two different strains of peas, one with a round shape and one with a wrinkled shape. He found that the offspring of these crosses always had a shape that was intermediate between the two parents. Mendel also found that the inheritance of other traits, such as color and height, followed the same pattern.

Establishment of Mendel’s Laws of Heredity Through the Experiment:

Gregor Mendel conducted experiments with peas to establish his laws of heredity. He first crossed two purebred plants with different characteristics, such as color or shape. He then allowed the plants to self-pollinate, meaning that the pollen from the flowers of one plant would fertilize the ovules of the flowers of another plant. By doing this, Mendel was able to track the inheritance of specific characteristics from one generation to the next.

Mendel’s experiments led to the discovery that genes, which are the units of heredity, are passed from one generation to the next in a predictable manner. He found that genes are inherited in pairs, and that each gene in a pair has an equal chance of being passed on to the next generation. Mendel’s laws of heredity are still the foundation of modern genetics.

The central dogma of molecular biology is the sequence of genetic information in DNA is transcribed into RNA, which is then translated into the sequence of amino acids in proteins. This dogma is central to our understanding of how genetic information is passed from one generation to the next and how it is used to build and regulate the proteins that make up the cell.

The human genome is the complete set of genetic information for humans. It is stored in the cells of the body and passed from parents to children. The human genome was first sequenced in 2003.