What is a Functional joint?

Functional joints are a category of joints which are classified on the basis of different functions that they serve.

What are the different types of joints?

What are Fixed joints?

The joints in the human body in which bones cannot move are called fixed joints. For example, Cranium. 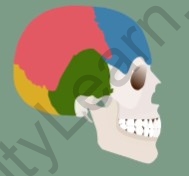 What are Partly movable joints?

The joints in which the bones of the body move very little and that too occasionally are known as partly movable joints.