Digestion is the process by which food is broken down into small pieces so that the body can use it to nourish itself. Digestion begins in the mouth, where food is chewed and mixed with saliva. The saliva contains enzymes that break down some of the food molecules. The food then moves down the esophagus and into the stomach, where more enzymes are released to continue the breakdown process. The food is then churned and mixed with stomach acids, which further break down the food molecules. The food is then passed into the small intestine, where even more enzymes are released to finish the job. The food is then absorbed into the bloodstream and distributed to the rest of the body. Waste products are eliminated through the rectum and anus. 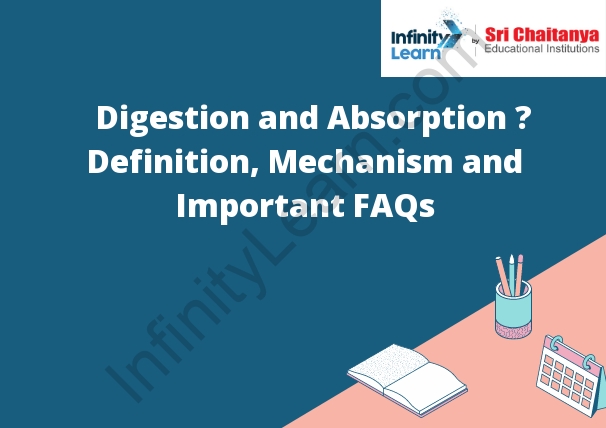 The process of digestion is initiated by the presence of food in the stomach. The stomach secretes hydrochloric acid and digestive enzymes that break down the food into smaller pieces. The smaller pieces are then absorbed through the walls of the small intestine and enter the bloodstream. The blood carries the nutrients to the rest of the body, where they are used for growth and energy.

Organs and their Functions Related to Digestion

Organs and their Functions Related to Digestion:

1. The mouth – the mouth is the first organ involved in digestion. It is responsible for breaking down food into smaller pieces that can be easily digested. The mouth also helps to moisten food and to lubricate the digestive tract.

2. The teeth – the teeth are responsible for breaking down food into smaller pieces. They also help to grind food into a paste-like consistency.

4. The stomach – the stomach is a sac-like organ that is responsible for digesting food. The stomach churns food and mixes it with digestive juices to break it down into a liquid form.

Absorption is the process of taking in or incorporating something into the body. This can be a physical substance, such as food, or an emotional experience, such as sadness.

Digestion and Absorption of Carbohydrates

The digestion of carbohydrates begins in the mouth with the enzyme amylase. Amylase is secreted by the salivary glands and begins to break down the starches in food into simple sugars. The food then moves to the stomach where the acid in the stomach breaks down the sugars further into glucose and other monosaccharides. The glucose and other monosaccharides are absorbed through the walls of the small intestine and into the bloodstream. From there, the glucose is distributed throughout the body to be used for energy.

Digestion and Absorption of Proteins

The digestive system breaks down proteins into their component amino acids. The small intestine absorbs these amino acids, which are then used by the body to build new proteins.

1. The process of breaking down proteins into their component amino acids is called proteolysis.

2. Proteins are first broken down into peptides by digestive enzymes such as pepsin and pancreatin.

3. The peptides are then further broken down into individual amino acids by digestive enzymes such as trypsin and chymotrypsin.

4. The amino acids are then absorbed into the bloodstream and transported to the cells where they are used to build new proteins.

The human body is capable of absorbing a limited amount of protein at any one time. The body can only absorb so much protein at a time, and the excess is excreted in the urine.

Digestion and Absorption of Lipids

The digestive system breaks down large food molecules into smaller ones that can be absorbed and used by the body. Lipids are a type of molecule that is difficult to digest and absorb.

Lipids are broken down into fatty acids and glycerol. These smaller molecules can then be absorbed into the bloodstream and used by the body.

The jejunum is the second section of the small intestine. The jejunum is about 8 feet long and is located between the duodenum and the ileum. The jejunum is responsible for the absorption of nutrients from food, including lipids.

The ileum is the third and final section of the small intestine. The ileum is about 12 feet long and is located after the jejunum. The ileum is responsible for the absorption of nutrients from food, including lipids.