Grasslands are ecosystems that are dominated by grasses, rather than trees. They are found in many parts of the world, including North America, South America, Africa, and Australia. 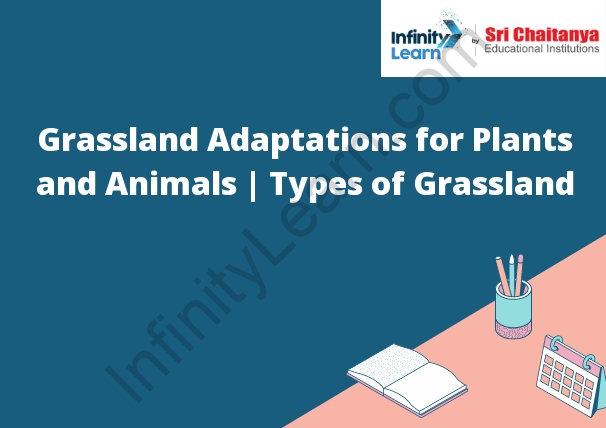 Evolution and History of Grasslands

Grasslands are a type of terrestrial ecoregion, which are areas of land that are not forests, deserts, or wetlands. They are characterized by grassy vegetation and are found in areas with cooler, wetter climates.

The history of grasslands is complex, and the term can be used to describe a variety of different ecosystems. The first grasslands likely developed in the Miocene epoch, about 23 million years ago. At that time, the climate was cooler and wetter than it is today, and the landscape was covered with vast prairies of grasses and other flowering plants.

Over time, the climate changed and the grasslands began to disappear. By the end of the Pleistocene epoch, about 10,000 years ago, most of the grasslands had been replaced by forests or deserts.

However, in some parts of the world, grasslands have persisted. In North America, for example, the Great Plains are a large, grassy region that stretches from Canada to Mexico. And in Africa, the Serengeti is a famous grassland that is home to a large population of wildlife.

Grasslands are regions where the dominant vegetation is grasses. The types of grasses that grow in a particular grassland depend on the climate, the soil, and the animals that live there.

is the average weather conditions in an area over a long period of time. The climate of a place is affected by its latitude, altitude, terrain, and ocean currents.

Climate is the average weather conditions in an area over a long period of time. The climate of a place is affected by its latitude, altitude, terrain, and ocean currents.

There are many reasons to conserve biodiversity. For one, it is necessary to maintain the ecological balance of nature. Ecosystems are complex networks of relationships among plants, animals and the environment in which they live. The loss of even a single species can upset the balance and lead to the decline or extinction of other species.

Biodiversity is also important for human health. Many medicines are derived from plants and animals. The loss of biodiversity could lead to the loss of potential new medicines.

Finally, conserving biodiversity is important because it is an indicator of the health of our planet. The more diverse the life on Earth, the healthier the planet is. When we lose biodiversity, it is a sign that something is wrong.

The human impact on the environment is significant. The earth’s climate is changing, the amount of fresh water is decreasing, the number of species is declining, and the amount of pollutants in the air and water is increasing. These changes are the result of human activities such as the burning of fossil fuels, the use of pesticides, and the discharge of pollutants into the environment.

The economic importance of the environment is also significant. The environment provides many goods and services that are essential for human welfare. These include clean air, fresh water, food, fiber, and timber. The environment also plays a critical role in the economy by providing recreational opportunities and by regulating the climate.

Other Types of Grasslands

There are many different types of grasslands, each with its own unique characteristics.

Prairie grasslands are found in the Midwestern and Great Plains regions of the United States. The soils are fertile and the climate is warm and humid. Prairie grasslands are home to a variety of plants and animals, including wildflowers, shrubs, trees, grasses, and large mammals such as bison and elk.