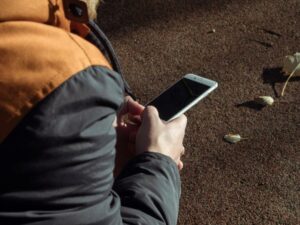 Cell phones have evolved from a luxury item to a necessity. Even small children are seen with cell phones and smartphones, conversing or playing games. There’s no disputing that they’ve been ingrained in our culture. In fact, life would be impossible to imagine without a cell phone. Students may be required to stay late for an extra lesson or assignment, in which case they should notify their parents. This is quite helpful when it comes to schoolwork. They can contact home and request to be picked up if the school bus or other mode of transportation is not available. Students should not only be allowed to have cell phones but should also be encouraged to use them responsibly. They can keep up to date by visiting news websites or educational portals on their phones. Because a low-cost smartphone is far less expensive than a typical PC or laptop, many parents will be able to afford to offer their children a smartphone. However, choosing whether or not to allow cell phones in schools has recently become a contentious topic.

Not only are students using smartphones to record lectures, photograph instructor notes, and collaborate via cloud-based applications, but some instructors are allowing the Mobile Student to conduct research during a lecture or use Twitter to open a backchannel of conversation and increase student participation and engagement.

A student with an internet-connected cell phone may be more motivated to complete his or her studies since he knows he can always access the world’s largest library right where he is. If the pupils have any questions regarding something the teacher has taught, they can get answers right away.

While technology cannot manage your time for you, when you set deadlines and an associated alarm, you will be able to do the correct thing at the right time. Students must set an alarm on their phones to wake up early in the morning. You may even pair the alarm with a text alert to remind you to do something. That way, if a student needs to check anything out on a specific day, he or she only needs to set the alarm and a note to remind them.

Students know that if they are in an emergency at school, at home, or on the streets, they may contact their parents, a senior, or even the emergency services immediately from their phones. Today’s schools are plagued by a slew of issues, including shootings and other mishaps. A parent can communicate with their children at any time, even when they are in school, using a cell phone. This is one way in which a kid can benefit from having a cell phone at school.

There are a plethora of educational apps available in the app stores for students at different levels of education. This means that a student can use an app to seek help with a subject in which he or she is struggling. The majority of these apps are free, or you can pay a nominal one-time fee to get them. Today, there is an app for almost every subject.

As several incidents have shown, cell phones can be used to cheat during tests. Furthermore, schools provide telephones that children can use if necessary. Phone cameras can be used for nefarious purposes, such as taking indecent images or recording recordings that are not in good taste.

Introducing cell phones in schools will create unhealthy and unwelcome competition since pupils with pricey and newer models will outnumber those with older or less expensive models. Not only would there be inequity within a single group, but parents would be under continuous pressure to buy their children new pricey phones. It is for a similar reason that school kids are assigned uniforms, which they must wear to school every day so that all pupils appear to be the same.

Why Is Distraction Harmful to Learning?

Students become distracted, according to the book The Distracted Mind: Ancient Brains in a High-Tech World when they are pursuing a goal that is truly important to them and something interferes with their efforts to achieve it. This is what occurs in the classroom when technology is employed.

The pupils’ attention is split between two tasks: the teacher’s attempt to educate and the student’s attempt to do anything on the digital gadget. As a result, fewer items related to those two tasks will be remembered or preserved.

Another method to understand distraction is to look at the work of neuroscientist Adam Aron and postdoctoral scholar Jan Wessel at the University of California, San Diego. They discovered that the same brain circuitry that interrupts or stops movement in our bodies also disrupts cognition.

This part of the brain is activated when you come to a complete halt in your actions owing to an unexpected incident, such as a text message or a notification, and it clears out your thoughts (or what the teacher was teaching). When humans were in danger and needed to focus on what was going on at the time, this function of the brain played a crucial role. However, with all of the chirps and whistles of technology, this brain function can be detrimental.

The majority of instructors think that removing electronics from the classroom is not the solution. Not only would a technology ban be paradoxical in today’s society, but it might also unintentionally single out children with disabilities who require those gadgets to engage in class.

Instead, both teachers and students must alter learning methods. Teachers must accept the fact that smartphones and other electronic devices are here to stay. They should also be aware that boredom was the most common cause for pupils turning on their gadgets in class.

Meanwhile, students must understand that checking their phones during class will have an influence on their overall learning. While they may pass immediate examinations, they will not retain as much material on final exams or standardized tests as they would if they had never used their smartphone in class. As a result, when it comes to using technology in the classroom, children must learn to self-regulate.

1. What are the pros of using cell phones for students?

Ans: Phones aren’t simply for emergencies, they can also be useful in the classroom. If a pupil doesn’t comprehend a word or concept, he or she can quickly look up facts. Calculators, as well as spelling and grammar checks, are available on phones. Phones, above all, enable students to communicate with each other and with specialists in their fields of interest.

2. What are the cons of using cell phones for students?

Ans: The majority of teachers will tell you that cell phones have a negative impact on classroom learning. Students may begin to visit unnecessary or unsuitable websites, wasting time that could be spent studying. Furthermore, the content of poorly chosen websites will have a negative impact on their general growth, thinking, and personality. As several incidents have shown, cell phones can be used to cheat during tests.

3. How can cell phones be beneficial in classrooms?

Ans: a student can use an app to seek help with a subject in which he or she is struggling. The majority of these apps are free, or you can pay a nominal one-time fee to get them.