The visible light has been released and absorbed by photons, which have both wave and particle characteristics, and this property has always been known as wave-particle duality.

Light waves can be measured in two ways.

These waves have been classified based on frequencies that have similar properties in the electromagnetic spectrum of light. Every spectrum’s subcategories differ depending on the wave frequency.

The colour of such lights has been determined by the quality of reflection from the objects on which the white light falls. For instance, the white wall appears because it reflects all of the colours back.

Whatever colour that appears on any surface is the colour that is reflected from the object when light falls on it. 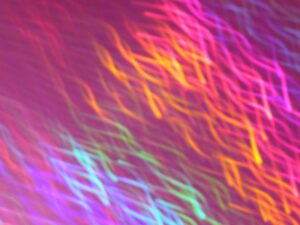 Medium for the waves

The medium for the majority of waves seems to be usually obvious. The medium for a string wave is indeed a string. The medium for sound waves would be air. We understand that light from distant stars and galaxies can be detected, so light must be able to travel through empty space. Quite, would this mean that light doesn’t need a medium, or that empty space isn’t so empty after all? Ever since the discovery that light is a wave, physicists have been troubled by the question of its medium. The answer is likely to be clear at this point, as light is well understood, but the conclusion is startling: light does, in fact, require a medium, and thus space is not empty! A “sea” of positrons and electrons fills space that we are normally unaware of. Such positions and electrons can, however, be detected under certain extreme conditions. The characteristics of this unusual medium are still being studied today.

The velocity of the lightwave

Light continues to deliver energy very quickly: the speed of light seems to be 3*108 m/sec, or, perhaps more familiarly, 186,000 miles per second. Some other peculiar property of light is that it establishes the absolute speed limit for everything in the Universe; nothing can travel faster than light. One such speed is incredible, but it is not instantaneous. In fact, the Sun is so far away that it takes 8 minutes for the Sun’s light to reach Earth. Due to the obvious relationship fl = v, the extremely fast speed of light influences the range of wavelengths and frequencies we encounter with light.

What kind of wave is a light wave?

Light is really a transverse wave, whereas sound is a longitudinal wave. Polarization necessitates that the wave’s direction is perpendicular to the direction of propagation; only light can accomplish this. Including both wave types, the Doppler effect, refraction, and interference occur.

What are light waves used for?

Visible light is the light that we can see. It’s used in photography and lighting. It’s used in fibre optic communications, in which light pulses are coded and transmitted through glass fibres from a source to a receiver.