The word “autotrophic” is made up of a combination of two words, “auto” meaning personal, and “trophic” meaning nutritional. The literal meaning of this word is nutrition.

Autotrophic organisms contain a green pigment called chlorophyll that helps absorb energy from the sun. All green plants have an autotrophic food mode. They prepare food using solar energy, water, and carbon dioxide through the process of photosynthesis. This causes the formation of glucose. 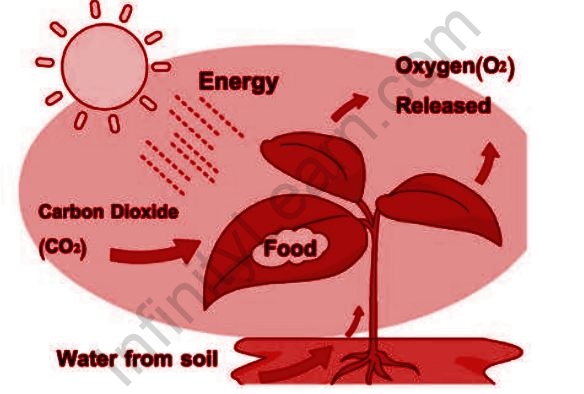 Plants such as blue algae and bacteria like cyanobacteria are considered examples of autotrophs.

Now that we have developed a basic understanding of the meaning of nutrition, let’s look at the types of nutrition. There are basically two modes of nutrition namely, autotrophic nutrition and heterotrophic nutrition. The organisms that follow the autotrophic mode are known as autotrophs similarly to the organism with the heterotrophic mode of healthy eating known as heterotrophs. The main difference between the two approaches is the ability to combine organisms that contain energy-rich molecules from inorganic sources. As mentioned earlier autotrophs can produce their food from inorganic sources such as water, carbon dioxide, hydrogen sulphide sunlight etc while heterotrophs cannot.

Autotrophic is further subdivided into:

Plants that can produce their own food are called autotrophs. The way plants produce food is known as photosynthesis. The process of photosynthesis takes place mainly in the leaves of a plant also known as a ‘plant kitchen’. In some cases, even the stems have the potential for photosynthesis. Photosynthesis is the process by which solar energy is converted into chemical energy to produce starch. Different parts of the plant play a different role in completing photosynthesis.

In addition to plants, there are certain bacteria that are separated by autotrophic bacteria. These bacteria are different from plants as they do not produce oxygen as a result of their metabolic reactions. This is mainly because the electron donor used in such bacteria is water but chemical compounds such as hydrogen sulphide.

The body can make its own food with the help of chemical energy and does not need sunlight. Oxidation of chemical substances, whether inorganic or organic, produces chemical reactions. Chemosynthetic bacteria are essential for the digestion of nutrients such as nitrogen, phosphorus, iron and sulphur. Examples include Nitrifying bacteria, Methanomonas, sulphur bacteria, Nitrosomonas, hydrogen bacteria, etc.

Plants and Their Nutrition Needs

Plants are also part of an organism that needs some form of energy. They have cells and tissues. They also grow in size and size. And they are the creators of the ecosystem. Therefore, in order to build food, they have nutritional needs. Of course, the type of nutritional requirements vary. This type of nutrition in plants is called “autotrophic mode of nutrition”. What does this really represent? It means that plants have a special ability to make their own food, with the help of simple inanimate objects to harvest living things. They find energy sources for inanimate objects such as the sun and carbon dioxide.

Plants also contain chlorophyll in them, a green pigment. With the help of all of the above nutrients, plants can produce simple carbohydrates. The carbohydrates produced thus are used by the plant and given it energy. If there are too many carbohydrates in plants, they are stored as a backup for later use.

There are certain factors that promote or prevent photosynthesis depending on their focus:

Ans: The oxidative component of biological cycles of inorganic molecules such as hydrogen, nitrogen, sulphur, iron ions, and carbon is represented by chemolithotrophs and methylotrophs. Chemolithotrophs are a group of taxonomically diverse bacteria that derive all their nutrients from inorganic compounds including hydrogen, hydrogen sulphide, and reduced metals. They are divided into groups of autotrophs. Examples include sulphur-oxidising bacteria such as Beggiatoa and Thiomargarita.

2. Write the role of chloroplast in plant foods?

Ans: Detrivore is defined as living organisms that derive their energy from dead and decaying matter, it is important to note that they are classified as heterotrophs. Detriviras usually include viruses such as viruses and fungi. They play a key role in maintaining ecosystem equity.