Magnesium and calcium are both alloying elements. These are the most important elements in our bodies, influencing numerous processes. Calcium and magnesium are alkaline earth metals that have become essential in our daily lives, as well as elements that help the human body function properly. These two elements are extremely effective alloy mediums that are used in a variety of industries for a variety of purposes.

Calcium, for example, is used as a reducing medium in a variety of industries, whereas magnesium is used in the automotive and aerospace industries. However, their application is not limited to industries in the outside world. Our bodies also require these elements in specific proportions to support our bodies’ biological needs. Not only is this true for animals, but it is also true for plants. Their presence in the body is critical because they influence various functions of our bodies, such as biological activities and the proper functioning of our organs.

In living organisms, calcium is the most important element. A lack of calcium in our bodies can result in poor nitrogen absorption. Calcium is required for the metabolism of nitrogen in some plants. Magnesium is required for the formation of chlorophyll, the green pigment in plants that is responsible for photogenic reactions. A magnesium deficiency in plants can cause yellowing of the leaves. Every day, the human body requires 200 to 300 mg of magnesium in order to function properly. Twin minerals are calcium and minerals. The ideal calcium-to-mineral ratio is 1:1. They have opposing effects. Magnesium, for example, relaxes the muscle while calcium contracts it.

Magnesium and calcium are also important in biological functions. The average adult human body contains approximately 25g of magnesium and 1200g of calcium. Magnesium is essential in many biochemical reactions catalyzed by enzymes. All enzymes that use ATP in phosphate transfer and energy release require it as a cofactor. It is also required for DNA synthesis and is in charge of the stability and proper functioning of DNA. It is also used to maintain electrolyte balance in our bodies. Magnesium deficiency causes convulsions and neuromuscular irritation.

Calcium is an important mineral found in bones and teeth. It is also present in the blood, and its concentration is regulated by hormones (calcitonin and parathyroid hormone). A lack of calcium in the blood causes it to clot more slowly. It is also required for muscle contraction. Chlorophyll, the primary pigment responsible for photosynthesis, contains magnesium, which is essential for photosynthesis. Calcium and magnesium are alkaline earth metals that have become essential in our daily lives, as well as elements that help the human body function properly. These two elements are extremely effective alloy mediums that are used in a variety of industries for a variety of purposes.

Magnesium and calcium have biological significance because they play an important role in neuromuscular function, intraneuronal transmission, and blood coagulation. Magnesium also contributes to normal blood circulation in the human body. Sodium is both an electrolyte and a mineral. It helps to keep the body’s water (fluid within and outside the cells) and electrolyte balance in check. The normal functioning of neurons and muscles also requires sodium. The majority of sodium in the body (approximately 85 percent) is found in blood and lymph fluid.

Magnesium is a nutrient that the body requires to function properly. Magnesium is essential for many bodily processes, including muscle and nerve function, blood sugar levels, and blood pressure regulation, as well as the formation of protein, bone, and DNA. Magnesium helps to strengthen the immune system, strengthens muscles and bones, and supports many body functions ranging from cardiac to brain functions. This is also an important hormone regulator in women. PMS and menopausal symptoms can be exacerbated by low magnesium levels. 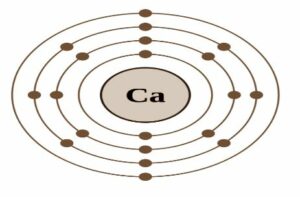 Calcium has the atomic number 20 and the chemical symbol Ca. Calcium is a reactive alkaline earth metal that forms a dark oxide-nitride layer when exposed to air. Its physical and chemical properties are most similar to those of its heavier homologues, strontium, and barium. It is the fifth most prevalent element in the Earth’s crust, and the third most abundant metal, behind iron and aluminum.

Calcium carbonate is the most common calcium compound on Earth, found in limestone and the fossilised remains of early sea life; gypsum, anhydrite, fluorite, and apatite are also calcium sources. The name is derived from the Latin word calx, which means “lime,” and was obtained by heating limestone. Calcium is a ductile silvery metal (also characterised as pale yellow) with characteristics similar to strontium, barium, and radium, the heavier elements in its group.

Calcium metal melts at 842 °C and boils at 1494 °C, both of which are higher than those of the neighbouring group 2 metals magnesium and strontium. It crystallises in a face-centered cubic arrangement similar to strontium, but above 450 °C, it changes to an anisotropic hexagonal close-packed arrangement similar to magnesium. It has the lowest density in its class, at 1.55g/cm3.

Calcium has the chemistry of a typical heavy alkaline earth metal. Calcium, for example, spontaneously reacts with water faster than magnesium but slower than strontium to produce calcium hydroxide and hydrogen gas. It also reacts with oxygen and nitrogen in the air to form calcium oxide and calcium nitride. It spontaneously burns in the air when finely divided to produce nitride. Calcium is less reactive in bulk: it forms a hydration coating quickly in moist air, but below 30% relative humidity, it can be stored indefinitely at room temperature. 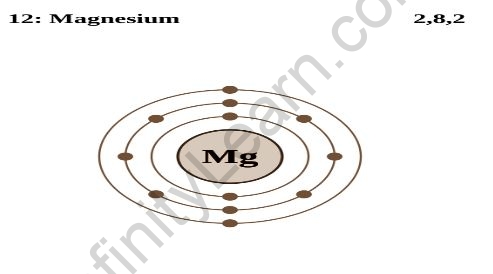 Magnesium is a chemical element with the symbol Mg and the atomic number 12.

It’s a dazzling grey solid with a strong physical resemblance to the other five elements in the second column of the periodic table (group 2, or alkaline earth metals): they all have the same electron configuration in the outer electron shell and a comparable crystal structure. This element is created by the sequential addition of three helium nuclei to a carbon nucleus in large, ageing stars. When such stars erupt as supernovas, a large amount of magnesium is ejected into the interstellar medium, where it may recycle into new star systems.

When exposed to air, it tarnishes slightly; however, unlike the heavier alkaline earth metals, an oxygen-free environment is not required for storage because magnesium is protected by a thin layer of oxide that is relatively impermeable and difficult to remove. At room temperature, magnesium reacts with water, though much more slowly than calcium, a similar group 2 metal. When submerged in water, hydrogen bubbles form slowly on the metal’s surface; however, when powdered, it reacts much faster. Higher temperatures accelerate the reaction (see safety precautions). The reversible reaction of magnesium with water can be used to store energy and power a magnesium-based engine. Magnesium also reacts exothermically with most acids, including hydrochloric acid (HCl), producing metal chloride and hydrogen gas, as does HCl with aluminium, zinc, and many other metals.

What Should a Calcium-Rich Diet Contain?

Because our bodies do not produce calcium, we must supplement it by eating calcium-rich foods. Green vegetables such as spinach, broccoli, and kale, dairy products such as milk, yogurt, cheese, sardines, white beans, orange juice, and so on are examples of calcium-rich foods.

What is calcium's biological significance?

One of the most important minerals for the human body is calcium. It aids in the formation and maintenance of healthy teeth and bones. A healthy calcium level in the body over a lifetime can help prevent osteoporosis.

What are the applications of Mg and Ca?

Calcium and magnesium are minerals that occur naturally. Calcium is required for the formation and maintenance of bones. Magnesium aids in the maintenance of normal muscle function and heart rhythm. A combination medicine of calcium carbonate and magnesium chloride is used as a supplement.