Biodiversity is the sum of all the different kinds of animals, plants, fungi, and microorganisms that live on Earth and the diversity of their habitats. Scientists estimate that there are more than 10 million species living on Earth.

Biodiversity is the basis of everything from food production to medical research. Humans use at least 40,000 species of plants and animals daily. Many people around the world still rely on wildlife for some or all of their food, shelter, and clothing. All our plants and animals came from a variety of living ancestors. In addition, about 40 percent of the drugs used in the United States are based on or in combination with natural compounds found in plants, animals, or small insects.

For millions of years, we have seen the diversity of living things. We have evolved from chimpanzees to homo sapiens. We look at similarities between living organisms in order to classify them and study them as a whole, and as a result, important factors need to be determined that will form the basis for classification.

Divisions can be made based on a number of factors such as:

These traits can vary in both plants and animals as they differ in body composition. Therefore, these outstanding designs and feature elements can be used to make small collections and not aa in broad categories 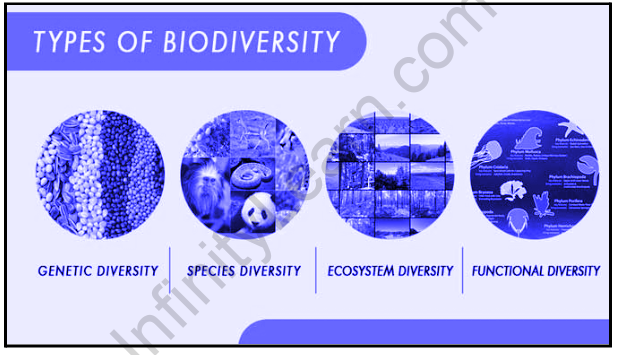 The classification system is of two types:

The groups from top to bottom are:

Biodiversity is closely related to evolution. Evolution is the evolution that has accumulated over the years in the formation of the body of living things for a better life. In 1859, Charles Darwin set out to explain evolution in his book ‘The Origin Of Species.

Below are some hypotheses that are drawn when evolution is linked to division:

But these terms cannot be used to distinguish living things, which is why we use terms such as ‘small’ and ‘adult’ species as there is a chance to see changes over time due to the increased complexity of body designs. Therefore, we can simply say that older living things are relatively simple compared with smaller ones.

Q. What is biodiversity?

Ans: In a broad sense, biodiversity is made up of all living things on our planet. It encompasses the full spectrum of life on Earth that has been shaped by billions of years of evolution, from microbes to large plants and animals, including our species.

If we try to explain biodiversity legally, we can look at it in many different ways.

It is often used to describe the diversity of species we may find in a habitat or area, but it also refers to the way in which species of living things interact between the ecosystem and the physical environment itself.

Biodiversity may also include biodiversities, such as different forest species or wetlands, or mosaic habitats. The size of the ecosystem can also vary – be it leaf litter covering the entire forest floor, part of a coral reef in the sea, or a lake behind you. All of these are biologically important to the conservation of the environment.

We can also find biodiversity at the cellular level – within the DNA of each individual within a particular species. Genetic diversity among species determines how much each individual is different and is extremely important for the functioning of the environment and for the diversity of plant and animal life.

Q. How much biodiversity is there in the world?

Ans: Scientists have spent hundreds of years collecting, counting, and writing about life on Earth. Each year we discover thousands of new species and we have a list of 1.6 million species that have been described by science so far, but scientists believe that we have never scratched at all.

Some estimates suggest that we do not yet have about 86% of the species that we share with our planet right now. Although we have a clear idea of ​​the number of species of large animals, such as mammals, there are still some that can be found. When it comes to invertebrates, we know only a fraction of what they are. Considering germs, we do not even have a clear idea of ​​what biodiversity means at those levels because of the way genetic information can be transmitted between living things.

Why is it important to conserve biodiversity?

Biodiversity is the treasure that has been inherited from the world’s four billion-year-old evolution, which humans have recently become part of. I would suggest that we need to approach it with humility – life is much longer than we have, and we are now responsible managers for it. But biodiversity is also important for human health. Without the diversity of animals, plants, and animals, we would never hope to have a healthy environment that we all rely on to provide us with an amazing variety of services.