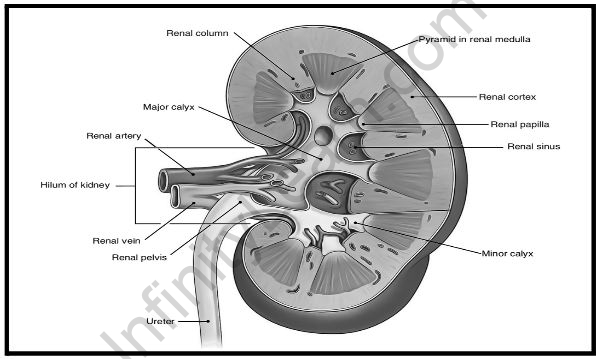 We have two kidneys in our bodies; they are our natural mechanisms for eliminating toxins. They help us by cleansing our blood and removing waste products from the bloodstream. Removed waste is excreted in the body through urine. However, like any other organ, the kidneys may fail and lead to the failure of the entire body. This condition is called kidney failure or renal failure. The general condition of kidney failure is characterized by a decrease in renal function by at least 15%. There are several reasons for kidney failure; we will discuss the causes in more detail in the next paragraph.

In kidney failure (also called renal failure) one or both kidneys can no longer function properly on their own. In some cases, kidney failure is temporary and comes quickly. Sometimes, it is a chronic condition that can get worse over time.

In many cases, the main cause of kidney failure is disease, especially chronic one. People with health conditions such as diabetes mellitus and high blood pressure are at greater risk for kidney failure, other problems such as accidents, postoperative complications, drug overdose, an overdose of chemicals, antibiotics, chemotherapy, and more.

Signs of Bad Kidney Failure: In this case, the kidneys simply stop the process of filtering blood.

Some symptoms of kidney failure are

In this type of kidney failure, blood flow is reduced or blocked. That way, there is no damage or injury inside the kidneys. It may be caused by other common causes such as gastroenteritis, vasodilation due to drug reactions, active hypovolemia sepsis, anaphylaxis or allergic reaction, heart failure, Addisonian problem, brain salt loss, protein-induced enteropathy, a change in the flow of blood flow. Due to dehydration (altered hemodynamics), limited blood flow due to injury, surgery, etc.

This is caused by damage to nephrons (structural unit and kidney function). The problem is complex and may not be the cause but the second factor in kidney failure. Intrinsic Acute Renal Injury is also known to cause tubular necrosis.

This type of kidney failure is characterized by obstruction of the urine from the kidneys. This urinary tract exerts pressure on the kidneys and causes internal injury or damage to the nephrons or back urinary valves. It can also lead to urinary incontinence or narrowing hemorrhagic cystitis, that is, blockage of the bladder due to blood clots and the formation of kidney stones.

The gradual progression of Chronic Kidney Failure may make your diagnosis difficult. In most cases, the problem is not diagnosed until both kidneys reach an irreversible level of failure. Common symptoms of kidney failure are diarrhea, insomnia, rash, fever, vomiting, muscle cramps, loss of appetite, frequent urination, shortness of breath, nausea, back and stomach, swelling of the lower legs and ankles.

Prevention and Treatment of Kidney Failure

As a result of kidney failure, prevention is important. In some cases, the risk of developing kidney failure may be predicted as a reduction in blood transfusions following abdominal surgery, coronary bypass surgery, severe blood loss during trauma, and uric acid nephropathy, in which prevention strategies may appear to be effective.

A new method of reducing the incidence of nephrotoxicity associated with radiocontrast dye control is provided by protecting patients at high risk of acute renal failure.

Hemofiltration was started earlier and continued 24 hours after dye administration had led to a significant reduction in mortality and reduced need for dialysis.

In view of the serious side effects of severe renal failure, many drugs have been investigated to prevent it. Almost all of these methods have proved to be of little use. Low dopamine doses (mc 2 mcg/kg / min) increase kidney blood flow and may be expected to increase GFR (glomerular filtration rate). In theory, this could be considered beneficial, as improved GFR (glomerular filtration rate) may release nephrotoxins from the tubes, reducing their toxicity.

Can Chronic Kidney Failure Be Cured?

Chronic Kidney Failure is considered incurable. However, there may be a number of solutions offered. If the kidney problem is caused by a medical condition that requires frequent medication that interrupts kidney function, discontinuing the medication may be helpful. At the same time, dialysis can help remove toxins and chemicals. If the condition is caused by kidney failure, like kidney stones, then surgical removal of the stones can help restore kidney function. Kidney transplantation is the perfect solution.

Could It Be More Than One Kidney Problem?

There are a few problems that can affect kidney function or make it worse. For example, abdominal discomfort can lead to the formation of inlets, i.e., renal vein or renal artery, or outlet, that is, the ureter; overuse of other drugs such as paracetamol can worsen the condition; another chronic illness caused by prolonged drug use can lead to kidney failure. Problems such as lack of hydration can be one of the reasons for kidney failure.