Science is a fascinating subject that blends application-based learning of each topic in order to comprehend and apply what is learned in real life. That makes it more engaging for students and provides for a more comprehensive grasp of our surroundings as a whole. Chemistry is a branch of science that investigates substances, their chemical properties, and their interactions in various settings. Every atom contains a nucleus in the core that is made up of protons and neutrons. Electrons spin along a certain axis around this nucleus. These electrons are arranged in shells that encircle the nucleus. The nucleus is in the heart of an onion, whereas the layers are the shells. Furthermore, the shells are stacked, much like an onion. And each shell contains a unique number of electrons that orbit the nucleus. As a result, an orbital configuration is a multilayer shell structure in which a specific number of electrons orbit around the nucleus.

When all of an atom’s orbitals are occupied, it becomes the most stable and thus unreactive. Furthermore, the most stable electron configuration has a complete state of energy. Because these orbital configurations are important properties of noble gases, they do not easily react with other molecules. When two or more atoms come into touch with each other, the valence shells or outermost electrons of an atom interact first. When the valence shell of an atom is filled, it becomes the most stable. In general, the chemical behavior of an element is determined by its valence electrons. Elements with the same valence electrons, for example, have similar chemical characteristics.

Electron mobility is more sophisticated than it appears. They always take the same paths, which are known as orbitals or subshells. These orbitals come in a variety of forms, including s, p, d, and f. In that situation, the first energy level only has one s orbital, while the second has one s and three p orbitals. Similarly, the third energy level has three p orbitals and five d orbitals. S has the lowest energy of any orbital. 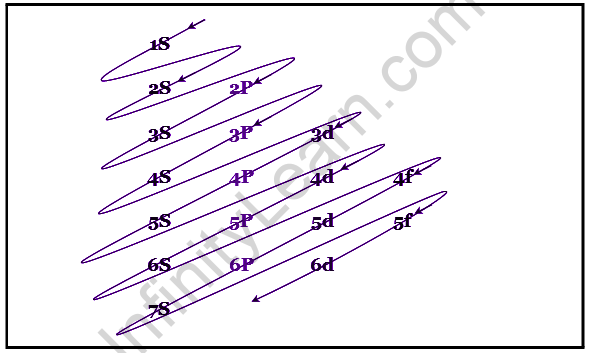 Electron configurations are a description of where electrons are in relation to a nucleus. As previously stated, each neutral atom has the same number of electrons as protons.

The arrangement in which electrons are inserted into orbitals is determined by their energy. This is known as the Aufbau principle. The lowest energy orbitals are the first to fill.

Chemists use electron configurations to explain and communicate the arrangement of electrons around an atom’s nucleus. This notation aids in forecasting how atoms will link together and form chemical bonds, as well as their behavior.

Electronic Configuration of an Element

One element’s physical and chemical features can be linked to its unique electron configuration. The valence electrons, or electrons in the outermost shell, are responsible for the element’s distinct chemistry.

Electronic Configuration of an Atom

Generally, an atom’s electron configuration is a representation of how electrons are dispersed throughout the orbital shells and subshells.

The electron configuration is frequently used to define an atom’s orbitals in its ground state, but it may also be used to depict an atom that has ionized into a cation or anion by compensating for electron loss or gain in succeeding orbitals.

While allocating an atom’s electrons to orbitals, one must first understand the fundamental ideas of electron configurations. Every element on the periodic table is made up of atoms that are made up of protons, neutrons, and electrons. Electrons have a negative charge and are found in electron orbitals, which are defined as the amount of space in which the electron can be found with a 95 percent chance. The four types of orbitals (s,p,d, and f) have various forms, and each orbital can only house two electrons. Because the sublevels of the p, d, and f orbitals differ, they can carry more electrons.

An element’s electronic configuration is a symbolic representation of how its atoms’ electrons are arranged across different atomic orbitals.

We know that the atomic number of copper = is 29

Then, the electronic configuration of copper can be written as,

(Since fully filled orbitals are more stable, so one electron from 4 s orbital transfers into 3 d orbitals.)

We know that, the atomic number of chromium = 24

Then, the electronic configuration of chromium can be written as,

As we know, half-filled and fully filled subshells have got extra stability.

So, one of the 4s2 electrons jumps to the 3d5 so that it is half-filled.

Q. An atom of fluorine contains nine electrons. Tell how many of these electrons are in s orbitals.

Ans: As the atomic number of fluorine is 9, the electronic configuration for fluorine is 1s22s22p5.

What role does the electronic configuration of elements play?

Elements’ electronic configuration is important in defining their chemical characteristics. Despite their small size, electrons have a significant impact on the nature of elements. They determine the element’s chemical properties, including valency, ionization potential, ionization enthalpy, chemical bonding, and nearly every other feature. When an element lacks an electron, it becomes an electron acceptor, and when it has an extra electron, it becomes an electron giver.

Ans: The +2 charge on Mg2+ means that the molecule sheds two valence electrons to achieve a more stable orbital. Those electrons will be shed from the outermost valence shell, which in this case is the 3s shell; therefore, 1s22s22p6 is the correct electronic structure for Mg2+.