The De Broglie relation is a physical property of electrons. It was first introduced by the French physicist Louis de Broglie in 1924. The De Broglie relation states that there is a relationship between the wavelength of an electron and its momentum, which is given by p = h/λ where h is the Planck constant and λ is the wavelength. This relation can be used to calculate how much energy an electron has when it collides with another particle, such as a photon. The De Broglie relation is a mathematical equation that relates the momentum of a particle to its wavelength. Using it, we can predict or calculate some properties of particles like their energy levels or their momentum distribution function. 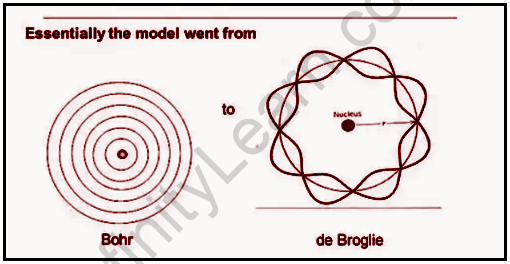 This is a model that explains the behavior of electrons in atoms. It was developed by Louis de Broglie in 1924. This model helps us understand how waves and particles can be described as one entity at the same time. This is also known as wave-particle duality. In this model, electrons are represented as waves, and protons are represented as particles. The de Broglie relation provides a formula for calculating the wavelength for an electron moving through space and time according to its momentum or speed. The de Broglie relation states that the wavelength of a photon is equal to the frequency of light. This means that light has both a wave and particle nature. The de Broglie relation can be used to measure how much momentum an electron has by measuring how much momentum it takes for an electron to change its wavelength. This equation makes it possible to calculate what wavelength an electron would have if it had more or less energy than its actual value.

Kinetic energy is initially provided by:

where m is the particle’s mass, v is its speed, and p is its momentum

The wavelength of De-Broglie is given by,

One of the developments that had a significant impact on the formulation was the investigation of the dual behaviour of matter. Given the particle nature, Einstein’s equation is as follows:

Given the wave nature, the Plank’s equation is as follows:

The frequency, v, can be expressed in terms of wavelength, as follows:

For a general particle, c can be replaced by the object’s velocity, v. As a result, equation (3) can be written as follows:

Relation between wavelength and momentum

In the case of a light wave, the momentum of the wave is inversely proportional to its wavelength. This relationship is called the de Broglie relation and it can be explained with a simple thought experiment. Imagine two electrons traveling at different velocities and positions. If they were to collide, they would impart momentum to each other. This can be represented by giving them different wavelengths, which are then related by momentum and wavelength:

The distance between two successive crests or troughs of a wave is commonly defined as its wavelength. Because it is measured in the direction of the wave, it produces an inverse relationship between wavelength and frequency. As a result, the wavelength formula is represented as,

It is defined as a property of a moving body that is measured using its mass and the velocity at which the body is moving. As we all know, momentum refers to a body that has both mass and motion. As a result, the momentum formula is represented as

We can now write the above equation as,

There is a relationship between a moving particle’s wavelength and momentum.

What exactly is the relationship between kinetic energy and wavelength?

Because velocity equals frequency × wavelength. As a result, kinetic energy is proportional to (wavelength) 2 or the square of the wavelength.

What is de Broglie's significance?