Periodic trends are specific patterns in chemical element properties revealed by the periodic table of elements. Electronegativity, ionization energy, electron affinity, atomic radii, ionic radius, metallic character, and chemical reactivity are all major periodic trends. Changes in the atomic structure of the chemical elements within their respective periods (horizontal rows) and groups (vertical columns) in the periodic table cause periodic trends. Based on their atomic structures and properties, these laws allow chemical elements to be organized in the periodic table. The periodic trends allow for a partial inference of any element’s unknown properties There are a few exceptions, such as the ionization energy trend of group 3, the electron group 17 elements’ affinity trend, group 1 elements’ density trend (alkali metals), and so on. Chemical reactivity can provide qualitative information about aromaticity. The extra stability of the conjugated system that an aromatic compound contains affects its reactivity. The extra stability, in turn, determines the compound’s tendency to react by substitution of hydrogen—that is, replacement of a singly bonded hydrogen atom with another singly bonded atom or group—rather than the addition of one or more atoms to the molecule via the breaking of a double bond (see substitution reaction; addition reaction). As a result, the degree of aromaticity is measured in terms of reactivity by the relative tendency toward substitution rather than addition. According to this criterion, pyridine is more aromatic than furan, but it is difficult to say by how much.

The Periodic Law asserts that when chemical elements are enumerated in increasing atomic number order, many of their properties undergo cyclical changes, with comparable elements reoccurring at regular intervals. Many of the physical and chemical properties of lithium, such as its vigorous reactivity with water, recur in sodium, potassium, and cesium after arranging elements in increasing atomic numbers. After a number of nineteenth-century scientific investigations, Russian chemist Dmitri Mendeleev discovered this principle in 1871. Mendeleev also proposed an elemental periodic system based on the chemical and physical properties of the elements and their compounds, rather than only atomic weights. In 1913, Henry Moseley found that the atomic number, not the atomic weight, determines periodicity. Lothar Meyer’s table was presented several months after Mendeleev’s, but he disagreed with Mendeleev’s Periodic law. The Periodic Law had no scientific explanation at first, and it was solely utilized as an empirical principle; but, with the development of quantum physics, the theoretical basis for the Periodic Law could be understood. The periodic recurrence of elements with comparable physical and chemical properties derives directly from the periodic recurrence of identical electronic configurations in respective atoms’ outer shells when elements are enumerated in increasing atomic number order. The Periodic Law’s discovery was one of the most momentous events in the history of chemical science. The Periodic Law also influenced the creation of the periodic table.

Reactivity is a measure of how easily a substance undergoes a chemical reaction in chemistry. The reaction can involve the substance alone or in combination with other atoms or compounds, and it is usually accompanied by the release of energy. The elements and compounds with the highest reactivity have the ability to spontaneously or explosively ignite. They typically burn in both water and oxygen in the air. The temperature has an effect on reactivity. Temperature increases the amount of energy available for a chemical reaction, making it more likely. Reactivity can also be defined as the scientific study of chemical reactions and their kinetics.

The periodic table’s arrangement of elements allows reactivity predictions to be made. Highly electropositive and highly electronegative materials have a great potential to react with one another. These elements are found in the periodic table’s top right and lower left corners, as well as in certain element families. Alkali metals, halogens, and alkaline earth metals all have high reactivity. The halogen group’s first element, fluorine, is the most reactive. The most reactive metal is francium, which is also the last alkali metal (and the most expensive element). However, francium is a radioactive element that is only found in trace amounts. Cesium, which is directly above francium on the periodic table, is the most reactive metal with a stable isotope. Noble gases are the least reactive elements. Helium is the least reactive element in this group, forming no stable compounds. Metals can exist in multiple oxidation states and have intermediate reactivity. Noble metals are metals with low reactivity. Platinum has the lowest reactivity, followed by gold. Because of their low reactivity, these metals do not dissolve easily in strong acids. 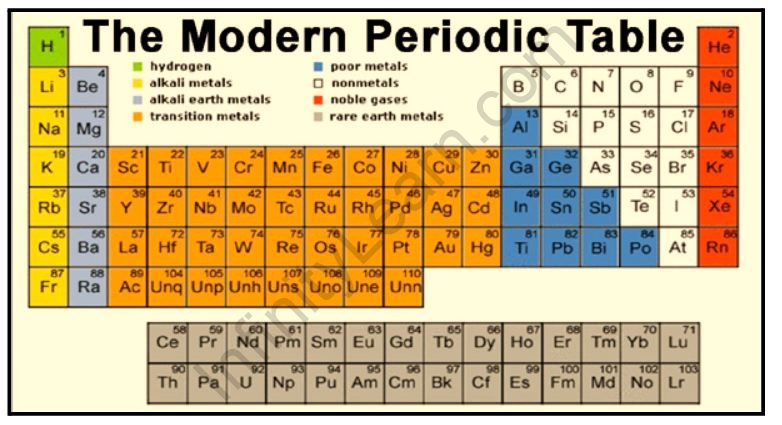 Nitrogen, phosphorus, arsenic, antimony, and bismuth are the elements in Group 15. As we move down the group, the metalloid character transitions from non-metallic to metallic. The elements nitrogen and phosphorus are non-metals, arsenic and antimony are metalloids, and bismuth is a typical metal. These elements’ general valence shell electronic configuration is ns2np3. The s orbital is full, and the p orbital is half-full, making them stable. The chemical properties of these elements are determined by their oxidation states.

A stable or free element has no oxidation state.

The oxidation state of a simple (monoatomic) particle is equal to the particle’s net charge.

Cl–, for example, has an oxidation state of -1.

The chemical reactivity of group 15 elements is as follows:

(i) Hydrogen reactivity: Group 15 elements structure hydrides of the type EH3, where E is a group 15 element. The stability of hydrides decreases as one moves down the group.

(iii) Halogen reactivity: The salts EX3 and EX5 are composed of Group 15 elements. Nitrogen only forms NX3, not NX5, because it lacks the d-orbital. NX3 is unstable, whereas various trihalides are stable.

Why does reactivity decrease as one moves down group 15?

What are the chemical property periodic trends?