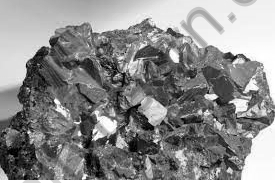 As we know, copper (Cu) is one of the most important metals in society, whether in its pure form or as an alloy. The pure metal has a face-cantered cubic crystal structure, and there is no critical temperature at which this structure changes. As a result, it is ductile and has high electrical and thermal conductivity, making it suitable for a wide range of ornamental and practical applications. Copper hardens when cold-worked, but it can be softened again by the heat-treating process known as annealing. The technique used to extract copper from its ores is determined by the ore’s composition. Sulfide ores, such as chalcopyrite (CuFeS2), are processed differently than silicate, carbonate, or sulfate ores. The most common copper ores are chalcopyrite (also known as copper pyrites) and similar sulphide ores. Because the ores typically contain low percentages of copper, they must be concentrated prior to refining (e.g., via froth flotation).

In general, copper processing is a complex process that begins with the mining of ore (which contains less than 1% copper) and ends with sheets of 99.99 percent pure copper called cathodes, which are then made into products for everyday use. Due to the different chemistries of the ore, the most common types of ore, copper oxide and copper sulphide, go through two different processes, hydrometallurgy and pyrometallurgy, respectively. Copper oxides are more abundant near the surface, but they are considered low-grade ore because they contain less copper. Although more ore must be extracted and processed, the process is less expensive, so oxides can still be mined profitably. Copper sulphide ores, on the other hand, are less abundant but contain more copper. Although the processing costs are higher, more copper can be extracted in the end.

Because each mine site has a unique mineral composition, concentration, and quantity, mine planners must determine the most economical and profitable ore processing method. When it is economically feasible, mines will extract both types of copper minerals; when this is not possible, mines will only process copper oxides or copper sulphides.

The methods used to extract copper from its ores are referred to as copper extraction. Copper conversion is made up of a number of physical and electrochemical processes. Methods have evolved and differ from country to country depending on ore source, local environmental regulations, and other factors.

Copper extraction from ore is typically accomplished in three major steps. The very first step in mineral processing which involves liberating the copper minerals and removing waste constituents such as alumina, limestone, pyrite, and silica so that the copper minerals and other valuable nonferrous minerals can be concentrated into a product containing 20 to 30% copper. The second step, which can be either smelting or leaching, removes a large proportion of impurity elements, most notably iron and, in the case of sulphide ores, sulphur. The final step, refining, removes the last traces of impurity elements and yields a copper product with a purity of 99.99 percent.

The material received from the mine is crushed in several stages and finely ground to a size that ensures copper minerals are liberated from waste materials, or gangue, in the ore-dressing plant. When the next step is leaching (as is most often the case with oxide ores), complete liberation of the copper minerals is not always required; the ore only needs to be crushed and ground to expose the surface of the minerals to the leaching agent. Selective flotation of sulphide ores, on the other hand, is typically performed after the crushing and grinding stages and necessitates an optimal degree of liberation.

Mechanical and pneumatic devices agitate the finely ground ore, which is mixed with water and special reagents, during the flotation process. These cause air bubbles to form in the ore-water slurry. The reagents act as a magnet for the surface of the copper minerals and the air bubbles. The copper minerals are carried to the surface by the bubbles, leaving gangue minerals in the cell to be discarded as tailings. The froth collected from the flotation cell’s surface yields a copper concentrate. The tailings are frequently reground and passed through a second flotation, the concentrate from which is combined with the initial production, to increase copper recovery and reduce losses. The flotation precipitate is then dewatered and filtered to create a filter cake, which is then shipped to a copper smelter.

After producing a concentrate containing copper and other valuable metals (such as gold and silver), the impurity elements must be removed. In older processes, the concentrate, which contains between 5 and 10% water, is first roasted in a cylindrical, refractory-lined hearth or fluidized-bed furnace. As the concentrate is fed into the roaster, it is heated to approximately 590 °C (1,100 °F) by a stream of hot air. Volatile impurities such as arsenic, mercury, and some sulphur are driven off, with sulphur dioxide being removed. What remains is an oxidised product with a low sulphur percentage suitable for smelting. Traditionally, this is done in a reverberatory or electric-arc furnace, into which concentrate is fed along with a suitable amount of flux, typically silica and occasionally limestone. These are heated to a temperature of 1,230–1,300 °C (2,250–2,370 °F) by combusted fuel or electric current, producing an artificial copper-iron sulphide that settles in a molten pool at the furnace’s bottom. Depending on the process, the sulphide material, known as matte, contains 45 to 70 percent copper. Gangue minerals and oxidised impurities, including the majority of the iron, react with the flux to form a thin, fluid layer of slag on top of the matte. A portion of the volatile impurities, such as sulphur, are oxidised and exit the process gas stream.

Newer flash or bath smelting processes have largely replaced the traditional two-stage process described above. These begin with a dry concentrate containing less than 1% water, which is contacted in a furnace by a blast of oxygen or oxygen-enriched air, along with flux. Here, the iron and sulphur are got oxidised, and the heat generated by these exothermic reactions is enough to smelt the concentrate into liquid matte and slag. Depending on the composition of the concentrate, autogenous smelting—that is, smelting without the use of auxiliary fuel, as required in reverberatory or electric-arc smelting is possible. In addition to limiting fuel consumption, the new processes generate relatively small amounts of gas, which, due to its high sulphur dioxide content, is well suited to the production of sulfuric acid. New smelters are designed to capture 90% or more of the sulphur in the feed materials.

The remaining iron and sulphur are removed in the conversion process after the slag, which contains a high percentage of the impurity elements, is removed from the matte. The converter is a cylindrical steel shell that is lined with refractory brick and is typically four metres in diameter. The converter is rotated after being charged with matte, flux, and copper scrap (to control temperature) in order to immerse tuyeres in the molten bath. The fluid is then blown with air or oxygen-enriched air through the tuyeres. Iron and sulphur are transformed to oxides and removed in either the gas stream or the slag (the latter being recycled for the recovery of remaining values), leaving a “blister” copper with 98.5 to 99.5 percent copper and up to 0.8 percent oxygen. The converter is rotated in order to skim the slag and pour the blister copper.

Leaching, or hydrometallurgy, is sometimes used instead of smelting (or pyrometallurgy), as it is carried out at lower temperatures and thus eliminates the generation of sulphur dioxide; however, effluents and residues must be treated in order to protect the environment. The ore or concentrate is brought into close contact with a leach solution (usually sulfuric acid) in hydrometallurgical processes, which dissolves the copper and leaves a gangue residue (and frequently precious metals). Various systems, some of which are quite complex, are used to bring copper minerals into contact with the leach solution, then wash and filter the residue before purifying the solution to remove dissolved iron and other impurities. Organic solvent extraction is critical in the purification of leach solutions and the concentration of dissolved copper into smaller volumes. Previously, copper from very dilute solutions was recovered by cementation on scrap iron, producing an intermediate product that was typically returned to a smelter. Modern solvent extraction, on the other hand, has resulted in some procedures in which an acid-rich solution percolating through even relatively low-grade ores can produce a solution concentrated enough for electrorefining.

This is the last step in both pyrometallurgical and hydrometallurgical processing. Copper anodes and starting sheets are immersed in an electrolytic solution of copper sulphate and sulfuric acid during the electrolytic process. An electric current is passed through the solution, and pure copper from the positively charged anode is deposited on the negatively charged starting sheet, which serves as the cathode. Minor impurities, including precious metals, settle as anode slimes at the bottom of the cell for further processing. Copper present in solution from a hydrometallurgical process is recovered using a lead anode in a similar electrolytic cell.

Extraction of copper from cuprous oxide

The majority of the ores are sulphide, with some containing iron. Sulfide ores are roasted/melted to produce oxides:

Using coke, the oxide can then be easily reduced to metallic copper:

The information about the principles of extraction of copper from various chemistry-related articles is available here. The methods used to extract copper from its ores are referred to as copper extraction. Copper conversion is made up of a number of physical and electrochemical processes. Students who want to flourish in chemistry need to be well known about this to get deep knowledge about it to do well on their exams. The principle and steps in copper extraction from its ores are provided here to assist students in effectively understanding the respective topic. Continue to visit our website for additional chemistry help.

How can copper be purified?

How is copper extracted from electrolysis?

The positive anode is formed by casting impure copper from a smelter into a block. The cathode is constructed from previously purified copper. These are immersed in a copper sulphate electrolyte solution. Electrolysis occurs when a direct current electrical current is passed through the solution.