A head-on overlapping of the two hybridized sp orbitals results in a sigma bond between carbon atoms. The leftover orbitals of the carbon atoms overlap with each other in the 1s orbital of each hydrogen atom along the internuclear axis, resulting in the formation of one C-H sigma bond and two weaker pi bonds. These bonds form as a result of orbital overlapping. Each carbon atom only makes use of one of its three p-orbitals. As a result, a single electron occupies the two remaining p orbitals. Because it is the same as the other carbon atom, this allows electron pairing, resulting in the formation of two pi bonds.

Ethyne, also known as acetylene, is a chemical compound that has the formula C2H2. This compound is a hydrocarbon because its entire chemical composition consists of only hydrogen and carbon atoms. Many consider ethyne to be the most basic alkyne because it is made up of only two carbon atoms that are triply bonded to each other. Pure ethyne is notoriously unstable. As a result, it is not uncommon for ethyne to be used in a solution. Ethyne can be produced by partially combusting methane. This compound can also be made by hydrolyzing calcium carbide (a chemical compound with the formula CaC2, also known as calcium acetylide). The chemical equation for this reaction of calcium carbide and water is shown below. Because it contains a carbon-carbon triple bond, ethyne (or acetylene) is an unsaturated hydrocarbon.

As a result of the hydrolysis of calcium carbide, the final products are calcium hydroxide and ethyne.

Ethyne, also known as acetylene, is the most basic triple-bonded 2 carbon organic compound. Acetylene’s IUPAC name is ethyne. The word ‘eth’ means ‘two,’ and ‘yne’ refers to a triple bond formed by two carbon atoms. They combine to form the IUPAC name and the meaning of ethyne. C2H2 is the formula for acetylene. The formula clearly indicates that it is a hydrocarbon because there are no elements other than carbon and hydrogen in the molecular structure. Acetylene is another name for ethyne. Ethyne is the most basic two carbon alkyne, with the formula HC≡CH and the molecular formula C2​H2

​The structural formula of ethyne 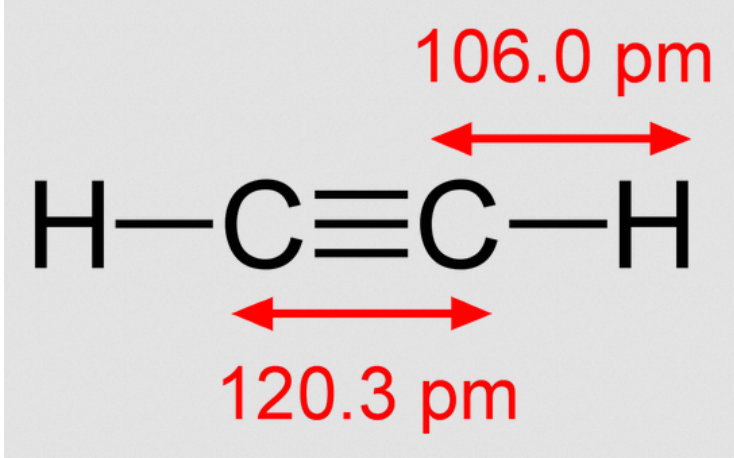 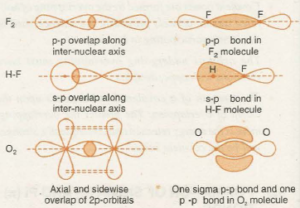 Is a triple bond possible?

In chemistry, a triple bond is a chemical bond between two atoms that involves six bonding electrons rather than the usual two in a single covalent bond. The most common triple bond found between two carbon atoms is found in alkynes. Other functional groups with a triple bond include cyanides and isocyanides.

Why are triple bonds the most powerful?

Triple bonds are stronger than double bonds because they contain two pi bonds rather than one. Each carbon atom has two hybrid sp-orbitals, one of which overlaps to form a sp-sp sigma bond with the corresponding one from the other carbon atom.

Is it true that alkanes have double bonds?

Alkanes, also known as paraffins, are a type of hydrocarbon that is completely saturated with hydrogen. They have the most covalent bonds from carbon to hydrogen because their carbon skeletons lack double and triple bonds.