Chemical bonding is explained using the valence bond and molecular orbital theories. A chemical bond can be formed when the orbitals of two atoms with unpaired electrons overlap. When two atomic orbitals intersect between the nuclei of two atoms, a sigma bond () is formed. When two atomic orbitals intersect outside of the space between the nuclei, pi bonds form (outside of the internuclear axis). The strongest bonds are formed when the orbitals overlap the most. Valence bond (VB) theory, together with molecular orbital (MO) theory, is one of two basic theories in chemistry that uses quantum mechanics to describe chemical bonding. A covalent bond is formed by the physical clash of half-filled valence orbitals in two or more atoms, as per VB theory.

The crossover of half-filled atomic orbitals (each holding a single electron) yields a pair of electrons amongst both linked atoms, according to the Valence Bond Theory. When a part of one orbital and a section of a second orbital occupies the same region of space on two separate atoms, we say they overlap. A covalent bond is formed when two criteria are met: (1) an orbital on one atom intersects an orbital on another atom, and (2) the solitary electrons in each orbital unite to create an electron pair, according to valence bond theory.

The valence bond theory’s main postulates are mentioned below.

The valence bond theory depicts the reorganization of electrical charge that occurs when bonds are broken and established during the course of a chemical process considerably more accurately. Valence bond theory, in an instance, correctly predicts the breakdown of homonuclear diatomic molecules into individual atoms, whereas basic molecular orbital theory predicts a mixture of atoms and ions. For example, because dihydrogen’s molecular orbital function contains an equal blend of covalent and ionic valence bond structures, it mistakenly predicts that the molecule will disintegrate into an equal mixture of hydrogen atoms and hydrogen positively and negatively ions.

Consider a more complicated molecule, such as water. The valence-shell electron structure of each hydrogen atom is 1s1. The electron configuration of oxygen’s valence shell is 2s2, 2px2, 2py1, 2pz1. So, as long as the electrons in the oxygen and hydrogen possess opposite spins, we have two unoccupied electron locations in the oxygen that can possibly form bonds with two hydrogen atoms. 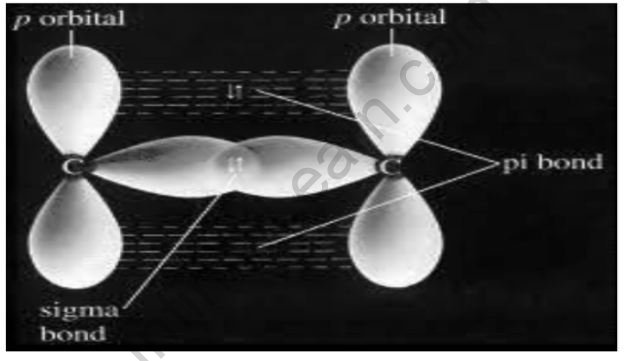 Infinity Learn has created a list of all different activities that can be found at the end of each chapter in Chemistry, as well as their solutions. Following these solutions will assist you in gaining a better grasp of the subjects covered in the NEET exam. After studying a chapter, students frequently make the error of not answering questions. Students should be able to obtain the answers to all of their questions by visiting Infinity Learn’s website and looking through these solutions.

What really is the valence bond theory, and how does it work?

Chemical bonding is described by this hypothesis. According to VBT, the creation of a chemical bond between two atoms is caused by the overlap of imprecisely filled atomic orbitals. The lone electrons are shared, resulting in the generation of a hybrid orbital.

What are the drawbacks of VBT?

The valence bond theory fails to explain carbon's tetravalency and provides no insight into the energies associated with electrons. The theory implies that electrons are concentrated in specific regions.

Q: What are the advantages and disadvantages of the valence bond theory?

Ans: The VBT’s maximum overlap condition can be used to elucidate how covalent bonds are generated in a variety of compounds. The theory might provide information.

Valence Bond’s idea is not without flaws. It comes with its own set of constraints. They are as follows: