** Answer is not given due to change in present syllabus

Question 4.
What are naval ports ? Give one example of naval port. [1] Answer:
Naval ports are those which have only strategic importance. These ports serve worships and have repair workshops for them.
Example-Kochi, Karwar.

Question 6.
Give any two examples of ‘quaternary activities’. [1] Answer:

Question 11.
Define ‘Human Geography’ in your own words. Mention any four fields of human geography. [3] Answer:
Human geography is the study of the many cultural aspects found throughout the world and how they relate to the spaces and places where they originate and then travel as people continually move across various areas.

Some of the main cultural phenomena studied in human geography include language, religion, different economic and governmental structures, art, music, and other cultural aspects that explain how and/or why people function as they do in the areas in which they live. Globalization is also becoming increasingly important to the field of human geography as it is following these specific aspects of culture to easily travel across the globe.
Fields:

Question 13.
Describe any three advantages of water transport in the world. [3] Answer:

Question 16.
Explain any three features of ‘dry land farming’ in India. [3] Answer:
Dry and farming: It refers to an ingrained system of cultivation where by maximum amount of water is conserved by soil and water management.

Question 17.
Examine any three causes for the deterioration of ‘quality of water’ in India. [3] Answer:

This means that the land below can still be used. This is especially the case in agricultural areas as farming can still continue.

States having favourable conditions are :

Question 19.
Analyse any three locational factors which helped in the development of ‘Hooghly Industrial Region’. [3] Answer:

Question 20.
“Equity is one of the most important pillars of human development.” Explain any three human values that are required to give equal access to opportunities to everybody. ** [3] 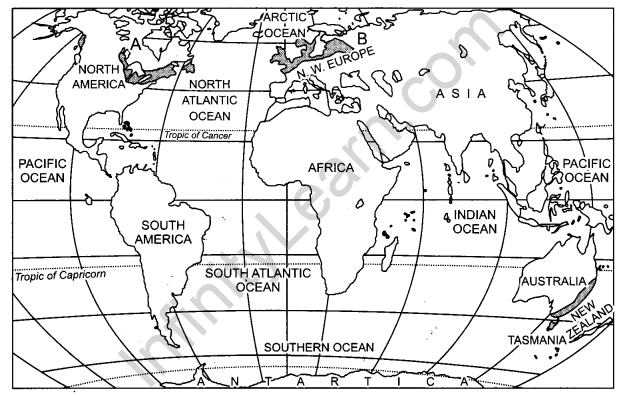 Question 21.1.
Identify and name the areas A and B, marked on the map. [5] Answer:
A-Canada & North-east USA. B-North-western Europe

Question 21.2.
Define ‘dairy farming’.
Answer:
Dairy farming is described as a class of animal or agricultural husbandry that deals with milk production from dairy cows, sheep and goats. The milk may be transported to a dairy factory or be processed on site.

(iii) Upland: Villages are located on uplands, which is not prone to flooding. Thus, in low-lying river basins people chose to settle on terraces and levees, which are “dry points”.
In tropical countries people build their houses on stilts near marshy lands to protect themselves from flood, insects and animal pests.

(iv) Building Material: The availability of building materials— wood, stone near settlements is another factor. Early villages were built in forests where wood was plentiful. In African Savanna’s mud bricks are used as building materials and the Eskimos, in Polar Regions, use ice blocks to construct igloos.

(v) Defence : During the times of political instability, war, aggression of neighboring groups, villages were built on defensive hills and islands. In Nigeria, villages are built on upstanding rocks; in India most of the forts are located on hills.

Question 24.
Examine any five push factors that cause ‘migration of population’ in India. [5] Answer:

Question 26.
(i) In the given political outline map of the world, four features have been marked as A, B, C and D. Identify these features with the help of following information and write their correct names on the lines drawn near them. [5] 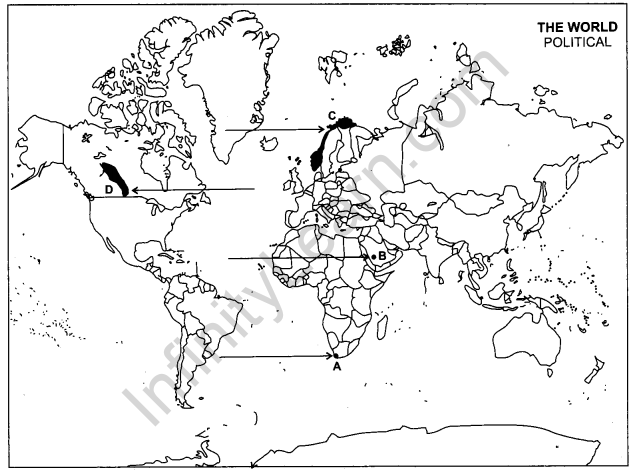 (A) A major sea port Human Development Index.
(B) A major airport
(C) The country having highest rank in farming.
(D) An area of extensive commercial grain
Answer: 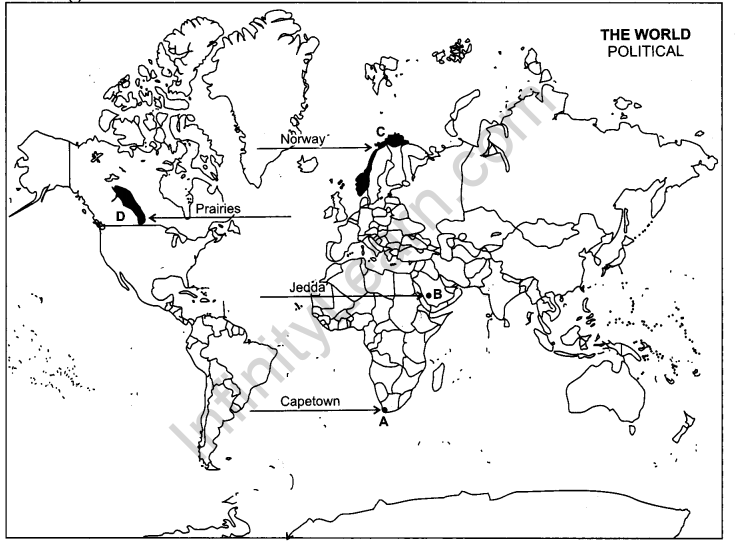 (ii) Locate and label the following on the political outline map of India with appropriate symbols.
(a) A state having highest literacy rate. Zone.
(b) A copper mining area of southern Jharkhand,
(c) Headquarter of North-Western Railway
(ii) 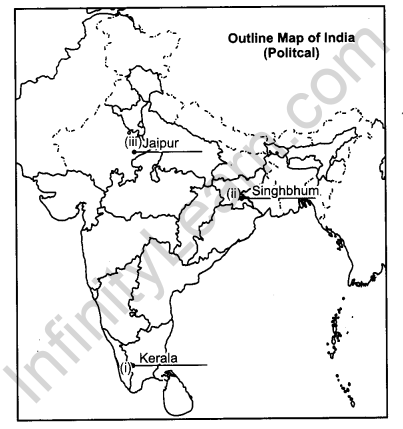 Question 9.
How has the Gaddi Tribal community of Bharmaur region maintained a distinct identity ? [1] Answer:

Question 13.
What is free trade ? Give two advantages of free trade. [3] Answer:
Free trade is a policy in international markets in which governments do not restrict imports or exports. Free trade is exemplified by the European Union/European Economic Area and the North American Free Trade Agreement, which have established open markets. Most nations are today members of the World Trade Organization (WTO) multilateral trade agreements.
Advantages :

Question 14.
Give the meaning of high-tech industry. State any two characteristics of this industry. [3] Answer:
The term high-tech refers to technology that is at the cutting edge : the most advanced technology available. It is often used in reference to microelectronics, rather than other technologies. This sector contains business revolving around the manufacturing of electronics, creation of software, computers or products and services relating to information technology. 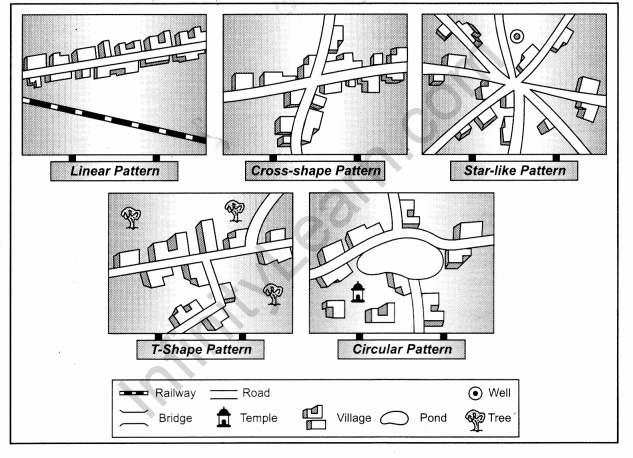