Refining is the process of removing impurities from a substance. This can be done through a variety of methods, including distillation, filtration, and crystallization. 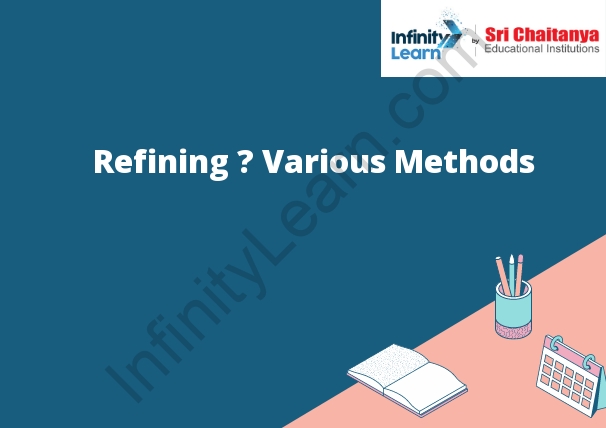 is a separation process used to purify a liquid mixture by heating it to a temperature where the vaporized component molecules are more volatile than the liquid molecules.

Poling is a technique used in canoeing and kayaking. It is a method of propulsion used to increase the speed of a canoe or kayak. It is accomplished by pushing against the bottom of the boat with a pole.

Electrolytic refining is a process that uses electricity to extract pure metals from their ores. The process is used to refine metals such as copper, aluminum, and gold.

When a current is passed through the cell, the metal is extracted from the ore and deposited on the cathode. The purity of the metal can be controlled by adjusting the current and the composition of the solution.

Refining by the vapour phase is a process that was once used to purify nickel. In this process, the nickel is heated until it vaporizes. The vaporized nickel is then passed through a series of filters, which removes any impurities.