‘All luxuries corrupt, either the moral or the state’.

Corruption refers to any form of illegal or unsolicited practice to gain unfair profit in terms of cash or kind. Corruption is not a new practice in our country and it is as old as time itself. But there certainly has been a significant rise in the rate of corruption in recent times and this evil has crept in every section of the society, thus making life difficult for every citizen of India.

Like every other evil practice, corruption too begins at a grassroot level. A lot of shop vendors opt for different methods of adultery to increase their profit margins. They use defective weighing scales or add stones and gravels in cereal to increase its volume. These evil practices severely affect the downtrodden people of the society who live on daily wages and spend their hard earned money on such defective products. Another very prevalent form of corruption exists in the education industry. While education used to be a noble profession and a teacher was considered no less than God himself in ancient India, education today is reduced to a money laundering business. Rich people bribe the school authorities to get their wards permitted into their desired school of choice and this deprives a deserving candidate of a bright future. The conditions of the Government schools are even more pathetic as there is poor infrastructure, inadequate staff and a blatant disregard for the student’s future. This is because all the funds that are sanctioned by the Government for the development of the schools never reach the rightful place and are confiscated unlawfully by the higher officials in power. 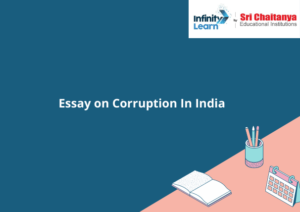 Extortion is another commonly performed practice that comes under the realms of corruption. It is both the poor and the rich who are affected by this malpractice. Extortion is usually done by a dangerous and powerful group of criminals who ask for favours or cash in exchange for the person’s safety. Anyone who tries to stand up to these goons are threatened for their life or their family’s safety. This is the reason that no police complaint is filed against such evil doers and they continue to rot the society with their practices.

Embezzlement is another malpractice that comes in the radar of corruption. Embezzlement refers to holding on to someone else’s property with the intent of theft. It is generally done within families and usually between siblings. The greed of land is so great that families turn against one another. Such land disputes are very common in both rural and urban areas and have destroyed many families.

The most prevalent form of corruption exists within the government. It is said today that the only qualification you need to be an MP or an MLA is a criminal record. Every influential political leader today is involved in one or other forms of corruption. They use their position of power to favour their relatives, extort money from builders and business-men and also evade their due taxes to earn loads of black money. Parties use unfair means to win the elections. They try to buy the votes of people or stop the voters of the opposing party from reaching the polling stations. ‘Horse trading’ is another common practice in which the losing party buys the candidature of the winning party to form a majority.

All these practices are very unconstitutional and threaten the democracy of our country. Even at a bureaucratic level, it has become impossible to evade corruption. To get a government job or to get any government job done, one has to pay a hefty amount of money even if one fulfills all the criteria required. Such is the plight of corruption in our country that it has shaken the very core of our moral values and ethics.

While greed is a second nature to every human being, it is possible to take some steps to ensure a smooth functioning of our society. Firstly, the government should make sure that stringent policies are formed and implemented against anyone who is caught participating in such malpractices. The salary of different government employees should be raised and the workload at every office should be reduced. This would help in getting the work done more efficiently. Setting up of small judicial consumer courts in every city and district will also prove helpful in evading corruption. Apart from all this, every citizen should be made aware of the ‘Right to Information’ act as well as the existence of the ‘Public Information Officer’, who is always available to listen to our grievances. Lastly, moral education should be given importance in the school curriculum and we should teach our kids to be ethical and principled human beings. Afterall, no one said it better than George Orwell, “Power corrupts but absolute power corrupts absolutely.”