The world has witnessed many humanitarians but none as selfless as the great Mother Teresa. A non-native of the country, Mother Teresa devoted her life to the people of India. She made it the purpose of her life to feed the hungry, help the needy, and tend to sick people who were shunned by society. Her life was not an easy one but she was determined in her will to serve the poor and accomplish her purpose of serving the almighty.

Born as Agnes Gonxha Bojaxhiu in the Ottoman Empire, Mother Teresa found her inner calling at a very young age. She came from a wealthy family and her father was a prominent politician. Her mother was a deeply religious person who taught a young Agnes about the importance of loving the Lord and following the life of simplicity. Mother Teresa was a devout Catholic and used to attend church with her family very often. It was while attending these sermons and services that she realized that she wanted to become a nun and spend her life looking after people in need. Mother Teresa made a decision to join the church at 12 and she left her house at the tender age of 18. It is said that once Mother Teresa left her house, she never met her family again. 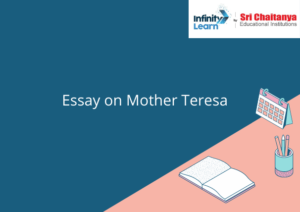 Her journey towards Spirituality :

Mother Teresa joined the Sister of Loretto, a Catholic Irish group of sisters who were heading to India. Since Mother Teresa only knew her native tongue Serbian, she had to learn English to communicate with her peers. On reaching India, she joined a convent school as a nun and a teacher. Mother Teresa loved spending time with children but teaching the privileged children in the school did not provide her the peace she was looking for. Her heart ached for the children she saw on the streets, begging for the most basic of amenities. To resolve this inner turmoil, Mother Teresa opened an evening school for the depraved. She would gather all the poor children from the streets of Calcutta and teach them. It was this that gave her joy and brought her near to God. Although her intentions were pure, the task was a herculean one. Not a lot of children were interested in getting an education when they had bigger issues of hunger and health back home. Mother Teresa realized that she had a greater duty towards the people of the slums and roads than the monastery and so she decided to quit the organisation.

Mother Teresa opted for Indian citizenship in 1948 and made it the sole purpose of her life to serving her fellow people. In the year 1950, she established the Missionaries of Charity for the very same purpose. She wanted to directly feed and help the needy and so she decided that the best way to do that was if she gave up her comfortable life in the convent. She started living in the slums and would walk all day, in scorching heat or bone-chilling cold, asking for food and donations for the needy. The road she had taken was a desolate and lonely one. Not a lot of people took a nun clad in a white saree with blue stripes seriously but Mother Teresa was determined in her vision. Gradually people began taking notice of her noble deeds and the Missionaries of Charity started gaining recognition. A number of sisters and nuns became a part of the order and the group started receiving better help and fundings.

Mother Teresa established the ‘Kalighat Home for the Pure Heart’ or the ‘Nirmal Hriday’ to look after the people who were suffering a miserable fate. She believed that every person should be bestowed with a respectable death and that’s what she did. Any ailing person was accepted in the institution and if they met an unfortunate death, Mother Teresa ensured that they were given a proper funeral according to their faith. Mother Teresa also worked relentlessly for the people suffering from leprosy and AIDS. She did not let the prejudice of the society affect her in any way and would tend to these people personally. She also opened a special hospice called ‘Shanti Nagar’ for the very purpose.

It was her selflessness and empathy towards the people that earned her the title of ‘Saint of Our Times’. She was awarded the highest civilian award, the Bharat Ratna, in 1980 and the Nobel Peace Prize in 1979. She did not believe in any external rewards but was gracious enough to accept them and spent all the reward funds in helping others. The Missionaries of Charity today is a conglomerate of 160 centers in India and abroad. Mother Teresa took her last breath on the 5th of September, 1997. Her death was a personal loss to every Indian as she gave her life to the people. Until her very last days, she kept helping the ‘poorest of the poor. She made the world believe that those who are serving the poor are serving God.