In the previous segment, we looked at threshing. In this segment of the chapter ‘Separation of Substances’, we will learn about winnowing.

Winnowing is a common agricultural separation practise used to separate solids from other solid particles by wind or blowing air. This is usually employed after threshing. Winnowing separates the grains from husk by using wind.

The farmers usually collect the mixture of grains and the chaff in a basket or a tray. This is then lifted high and the grains are very slowly released onto the ground. When the mixture falls on the ground, the heavier grains go straight down, but the lighter husk gets blown away by the wind. As a result, the husk travels to some distance before it settles down. This separates the mixture. 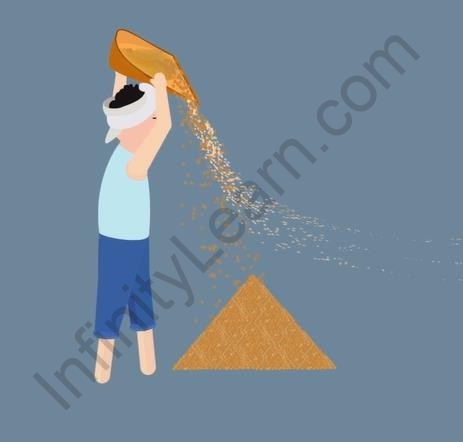 Winnowing is not restricted to agriculture alone. Winnowing can be used to separate heavier or lighter components of a mixture by wind or blowing air.

What are the Uses of chaff/husk?