Meaning and Definition of Statistics

Statistics is a branch of mathematics that deals with the collection, analysis, interpretation, presentation, and organization of data. It is a process of systematically applying mathematical methods to data. 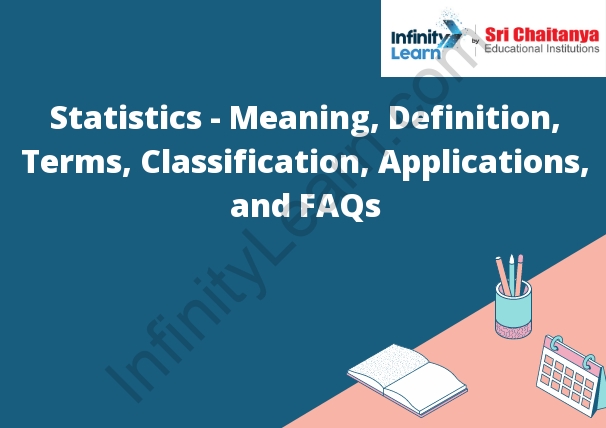 The Need for Statistics

Average
– The arithmetic mean of a set of numbers.

Bias
– A systematic error in a statistical estimate that leads to an incorrect estimate.

Coefficient of variation
– A measure of the variability of a set of data.

Confidence interval
– A range of values within which a population parameter is estimated to lie with a given level of confidence.

Confidence level
– The probability that a confidence interval contains the true value of the population parameter.

Contingency table
– A table that displays the results of a contingency test.

Correlation
– A measure of the strength and direction of a linear relationship between two variables.

Covariance
– A measure of the degree to which two random variables are associated.

Standard deviation
– A measure of the variability of a set of data.

Variance
– A measure of the variability of a set of data.

The following data set represents the number of children in a family.

Statistics can be classified according to the nature of the data they analyze, the type of study, the purpose of the study, or the statistical technique used.

Descriptive statistics describe a set of data in terms of its central tendency and variability.

Inferential statistics are used to infer characteristics of a population from a sample.

Cross-sectional studies are used to examine the relationship between two or more variables at a given point in time.

Longitudinal studies are used to examine the relationship between two or more variables over a period of time.

Descriptive statistics are used to summarize data and to make comparisons between groups.

Inferential statistics are used to infer the likelihood that an observed difference between groups is real rather than due to chance.

The following are some examples of the use of statistics:

1. To calculate averages, such as the mean, median, and mode.

2. To calculate probabilities, such as the probability of a particular event occurring.

3. To identify relationships between different variables, such as the correlation between two variables.

4. To test hypotheses, such as whether there is a significant difference between two groups.

5. To make predictions, such as the likely outcome of an election.