Six Stages of Life Processes in Humans and Plants

There are six stages of life processes in humans and plants: embryonic development, birth, growth and development, reproduction, aging, and death. 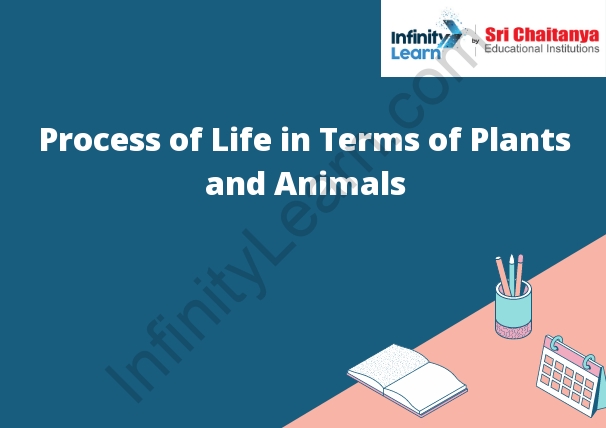 Plants are autotrophs, which means they can create their own food from simple inorganic molecules. The process of photosynthesis uses sunlight to convert water and carbon dioxide into glucose and oxygen. Plants store glucose in their cells as starch. They use the glucose to produce energy and to build other molecules needed for growth. Plants also produce a variety of other organic molecules, including proteins, lipids, and nucleic acids.

There are six main nutrients that are essential for animal life: water, carbohydrates, lipids, proteins, minerals, and vitamins.

Water is the most important nutrient for all animals. It is necessary for metabolism, transport of nutrients and waste products, and many other biochemical processes.

Carbohydrates are the second-most important nutrient for animals. They are the main energy source for most animals and are necessary for the proper function of the nervous and immune systems.

Lipids are necessary for the growth and development of animals. They are also the main energy source for the brain and play a role in the transport of some nutrients.

Proteins are necessary for the growth and repair of tissues. They also play a role in the immune system and the transport of nutrients.

Humans need certain nutrients to survive. The body can produce some of these nutrients, but others must come from food.

There are six classes of nutrients: carbohydrates, proteins, lipids (fats and oils), vitamins, minerals, and water.

Carbohydrates are the body’s main source of energy. They are found in food in the form of sugars, starches, and fiber.

Proteins are essential for the body to build and repair tissues. They are found in food in the form of amino acids.

Lipids are necessary for the body to build cell membranes, create hormones, and store energy. They are found in food in the form of fatty acids and cholesterol.

Vitamins are needed for the body to use carbohydrates, proteins, and lipids. They are found in food in the form of water-soluble and fat-soluble vitamins.

Minerals are needed for the body to build bones, teeth, and muscle, and to regulate metabolism. They are found in food in the form of electrolytes and trace minerals.

Water is necessary for the body to function. It is found in food and drink in the form of water and moisture.

The osmosis process is driven by the plant’s need for water. The water enters the xylem tubes by osmosis, and then travels up to the leaves. The leaves need the water to carry out the process of photosynthesis, which is how plants produce their food.

Plants need nitrogen to grow and produce flowers and fruit. Nitrogen is found in the air and in the soil. Most plants can get enough nitrogen from the air, but legumes (plants in the pea family) can get nitrogen from the soil by using bacteria that live in their roots.

Delivery of Water in Flowers

Water is an essential component of life. All living things need water to survive. Plants get the water they need from the soil. When a plant is given water in the form of a bouquet of flowers, the water travels from the soil up through the plant’s stem and into the flowers.

The respiratory system in human beings is responsible for the intake and exchange of gases between the environment and the bloodstream. The system includes the nose, mouth, pharynx, larynx, trachea, bronchi, and lungs. The lungs are the primary organs of the respiratory system, and they are responsible for the exchange of carbon dioxide and oxygen between the blood and the environment.

Sexual reproduction in plants occurs when the male and female reproductive cells (sperm and egg) unite to form a new organism. Plants reproduce sexually by transferring pollen from the male organ (stamen) to the female organ (pistil). The pollen contains the male genetic material, and the ovule contains the female genetic material. The pollen and ovule unite to form a zygote, which develops into a new plant.

The fourth step is the birth of the new organism. The birth of a new human being is a process that involves the separation of the new

The Process of Fertilisation and Further Development

In order for fertilisation to occur, the sperm must first be deposited in the woman’s reproductive tract. This can be accomplished by sexual intercourse, but can also occur through assisted reproductive technologies such as in vitro fertilisation.

The sperm and the egg eventually meet in the middle of the fallopian tube. The sperm then attaches to the egg and the two cells merge to form a single cell. This is the beginning of a new human life.

The fertilised egg then begins to move down the fallopian tube towards the uterus. The cells within the egg begin to divide and the embryo begins to form.

The embryo will continue to grow and develop until it is ready to be born. Approximately nine months after fertilisation, the baby will be born.

What substances are eliminated by the kidneys?

The vast majority of the water that is ingested is excreted in urine. Urine is a solution of water, salts, and organic molecules that is produced by the kidneys. The kidneys extract the water and solutes from the blood and secrete them into the urinary bladder. When the bladder is full, the individual expels the urine through the urethra.

Water is also lost through sweat. Sweat is produced by the sweat glands and it consists of water, salts, and organic molecules. Sweat evaporates and the individual loses water through it.