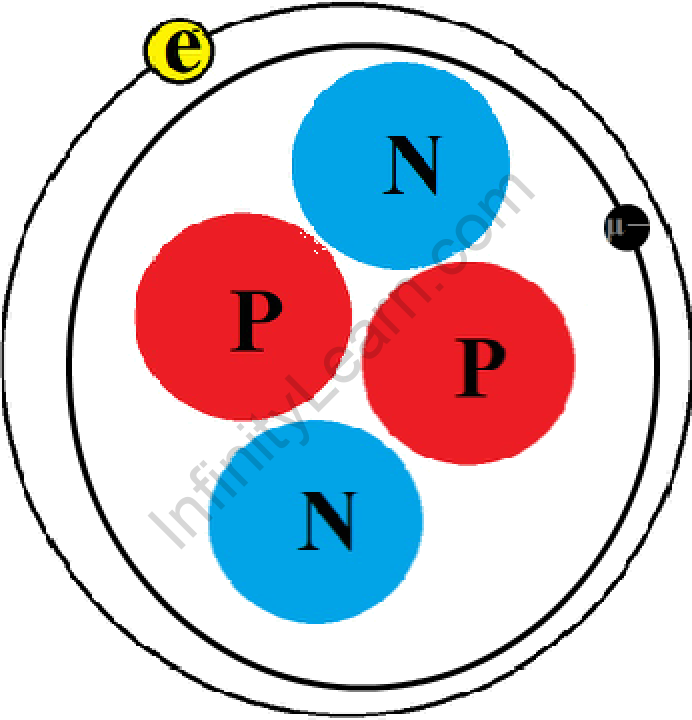 Hydrogen is the most trace element or chemical found in the universe. It makes up 90 per cent of all atoms. It is the smallest and lightest of all elements with an atomic number 1 and an atomic mass like 1.008. Hydrogen is most commonly found in the form of gas and is colourless, odourless but flammable.

Hydrogen although available in abundance is not found in its naturally free state. It is mainly found in chemical compounds when it is attached to other elements. The most common example we can take is water when hydrogen is mixed with an oxygen molecule. Interestingly, when hydrogen is burned it reacts with oxygen in the atmosphere to form water. This is also the main reason why it was named “Hydrogen” from the Greek word “hydrogens” meaning water creator.

Position of Hydrogen in Periodic Table

Hydrogen resembles I A group Alkali metals and VII-A group halogens. It is for this reason that it is placed on top of the periodic table.

The resemblance with I A Group (Alkali Metals)

1. Both the alkali metals and hydrogen have one electron in their valence shell.

2. Hydrogen and elements of I A group shows same outer configuration ns1

4. During electrolysis, Hydrogen gas is liberated at Cathode.

5. Oxidation state of Alkali metals and hydrogen is +1.

7. Hydrogen may also form non-metal compounds such as alkali metals.

Resemblance Of Hydrogen With Halogens

1. Both Hydrogen and Halogen are non-metals. (iodine is excluded because of its partial metallic character)

2. Hydrogen has a higher electronegativity (2.1).

3. It has high Ionisation potential.

4. It accepts one electron easily and forms a hydride ion (H–) like a halide ion (X–).

5. Both Hydrogen and halogen forms compound with metals and non-metals.

Thus, hydrogen resembles more halogen than alkali metals. Hence the position of hydrogen is not justified in the periodic table.

Differences In Alkali Metals and Halogens

Hydrogen is a very simple element. Under normal circumstances, hydrogen is a gas of diatomic molecules with the formula H2. It is colourless, odourless, tasteless, toxic, and extremely hot. Hydrogen is the most abundant chemical in the universe, making up about 75 per cent of all normal substances.

Q. What is the place of hydrogen in the periodic table?

Ans: The layout of items in the periodic table is based on their electronic configuration. Hydrogen is the first element of a periodic table as the number of atoms is one, which means it has only one electron in its atom. This structure is similar to that of alkali metals (ns1) with a single electron in their outer shell. Hydrogen can get a good helium gas configuration, by absorbing one electron. This character is very similar to halogen (ns2 np5) which also lacks one electron to complete the octet of electrons in its outer shells.

Hydrogen shows many similarities with halogen and alkali metals, yet it is very different from both. So much thought was given to the hydrogen structure in the periodic table. When hydrogen loses an electron, its nucleus size decreases and is about 1.5 × 10-3 pm, which is very small compared to the atomic size of normal metals and that is why the hydrogen ion is not free in nature. This unique behaviour of the hydrogen atom is the reason why hydrogen is placed separately in the periodic table.

What are the characteristics of hydrogen?

Hydrogen gas is colourless, odourless and tasteless. It is a flammable gas but not flammable support. It is lighter than air and does not dissolve in water. It has an atomic weight of 1.008 AMU and an ionization enthalpy of 1312 kJ mol-1

What are the chemical properties of hydrogen?

The chemical properties are largely determined by the enthalpy of bond separation. The Hydrogen molecule forms an H-H bond and this single bond has a high enthalpy bond between the two atoms of the element. Hydrogen is inert at room temperature due to the high bond enthalpy and therefore is prepared at very high temperatures in an electric arc or under ultraviolet radiation. Hydrogen has an electronic concentration of 1s1, so it can react by losing an electron and forming an H + ion, or acquiring an electron and forming an H-ion. Hydrogen shares electrons and other elements to form a harmonious bond.