The enthalpy of a system is a measure of the total energy in the system. It is the sum of the internal energy of the system and the work done on the system by external forces. 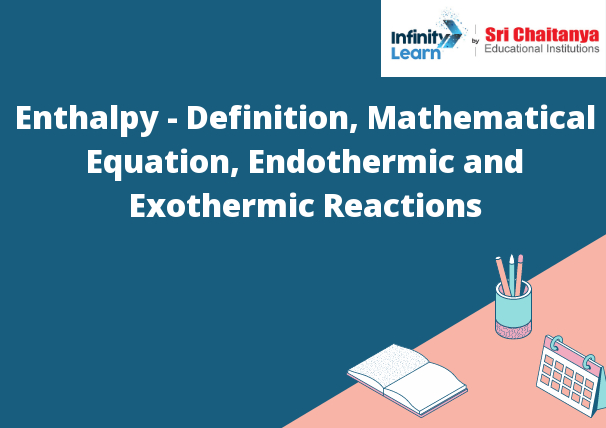 The enthalpy of a system is a measure of the system’s internal energy and the work needed to change its temperature. It is expressed in units of energy per unit of temperature.

The mathematical equation for enthalpy is:

Where H is enthalpy, U is internal energy, PV is pressure times volume.

Enthalpy – Relation with Volume and Pressure

Change in Reaction of Enthalpy