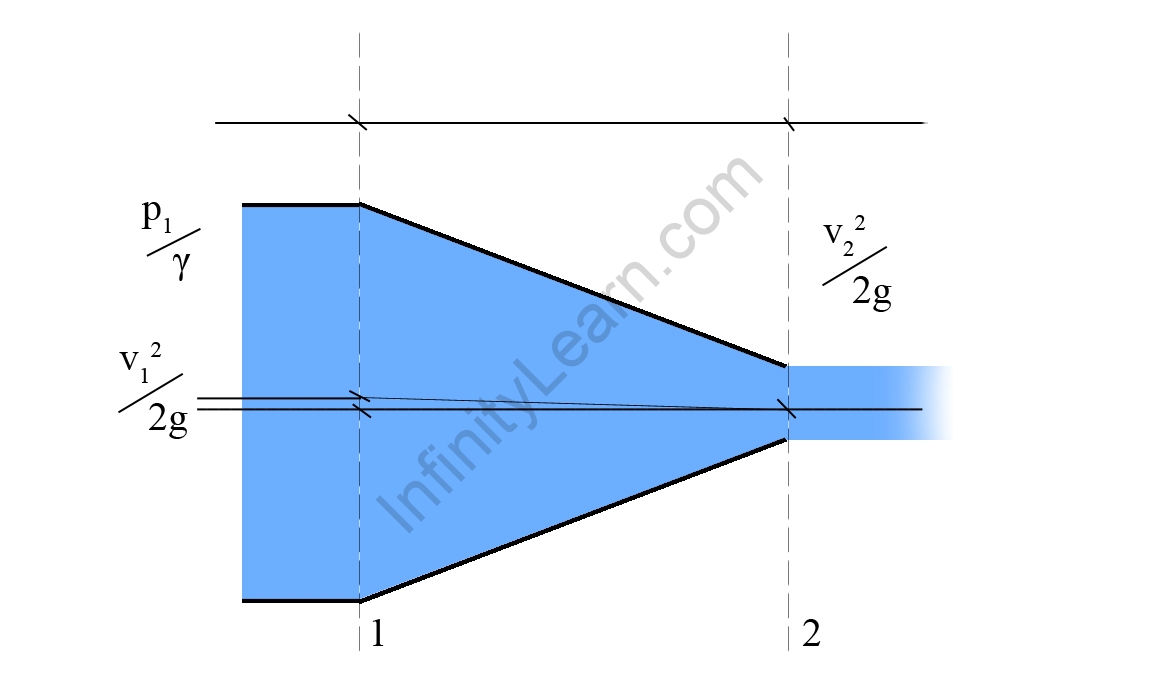 The Principle of Bernoulli

Bernoulli’s equation determines the link between a flowing fluid’s pressure, elevation, and speed. This equation is based on energy conservation and conversion. It has been known as Bernoulli’s principle since Daniel Bernoulli proposed it. This technique can be used in a variety of applications, including spray guns, venturi meters, and nozzles, among others. Using Bernoulli’s principle, we can address many real-world engineering problems involving fluid flow.

When an incompressible and non-viscous liquid flows in a streamlined motion through a tube with a non-uniform cross-section, the product of the area of the cross-section and the velocity of flow is the same at every point in the tube, according to the continuity equation.
As a result, A1v1=A2v2 Av= Constant v1A can be written.
The cross-sectional areas of the tube are A1 and A2. And their relative speeds are v1 and v2.

The following assumptions were used to get Bernoulli’s equation:

Consider a fluid traveling through a pipe with various cross-sectional areas in various regions and heights, as depicted in the diagram below. Look at the flow in two different regions: BC and DE. Assume the fluid was initially located between B and D. The fluid would then have traveled in an infinitesimal time interval (t). If v1 is the speed at B and v2 is the speed at D, the fluid at B has traveled v1t distance to C. The fluid begins at D and flows to E in the same interval t, covering a distance equal to v2t. Pressures P1 and P2 bond the two regions as illustrated on the plane face of areas A1 and A2.

Now divide each term by V to get the following term: (P1–P2)=(12)(v22–v21)+g(h2–h1)
Now, if we rearrange the terms above, we get:
P1+(12)ρv21+ρgh1=P2+(12)ρv22+ρgh2
Bernoulli’s equation is this. Because 1 and 2 can refer to any two points along the pipeline, the phrase can be written as:
P+(12)
v2+gh
Where P is the static pressure of the fluid at the cross-section, d is the density of the flowing fluid, v is the mean velocity of the fluid flow at the cross-section, h is the elevation head of the cross-section from the datum, and g is the acceleration due to gravity.

When an incompressible and non-viscous liquid flows in a streamlined motion through a tube with a non-uniform cross-section, the product of the area of the cross-section and the velocity of flow is the same at every point in the tube, according to the continuity equation.

In fluid mechanics, what is Bernoulli's theorem?

In fluid dynamics, Bernoulli's theorem is the relationship between pressure, velocity, and elevation in a moving fluid (liquid or gas) with negligible compressibility and viscosity (internal friction) and a steady or laminar flow.