Plant differentiation refers to the processes by which different cell types emerge from the original cells and differ from one another. Plants have about a dozen basic types of cells needed for daily function and life. Additional cell types are needed for sexual reproduction. Although the basic diversity of plant cells is relatively low compared with that of animals, these cells are significantly different. For example, some cells like the parenchyma cells retain their ability to respond to natural signals and/or hormones throughout their life and, under ideal conditions, can be transformed into another type of cell (transdifferentiation). Some cells are like the components of a vessel that carries water through a cell death as part of its differentiation process and thus will never pass to another type of cell. 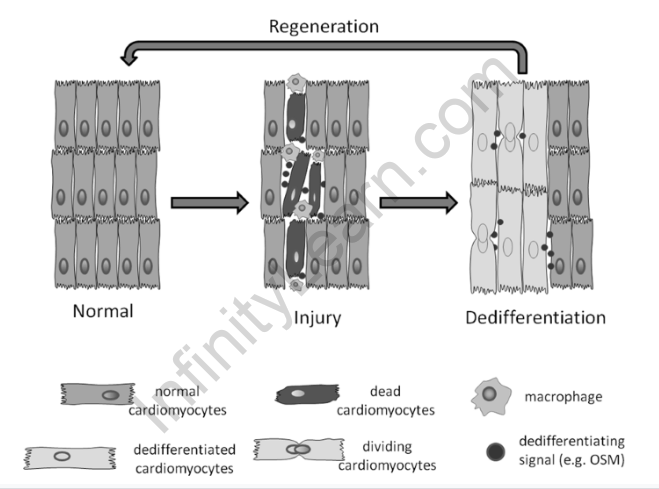 Dedifferentiation is a transient process in which cells do not differentiate and return to the original cell state within the same gene. This promotes cell proliferation, which means that after division, cells may be able to reproduce into more cell types than before. This is in contrast to classification, where differences in genetic expression, morphology, or physiology arise from the cell, making its function unique.

The unique losses observed in segregation can be detected by changes in genetic expression, anatomy, function, growing function, or morphology. Although it can be used in the laboratory environment for processes such as direct regeneration and production of pluripotent stem cells, endogenous separation processes also exist as part of wound healing processes.

Indications for separation can be found from 1915 when Charles Manning Child described the separation as “restoration or proximity to embryonic or non-embryonic state”. While Manning’s research focused on plants, it helped to establish the basis for our modern understanding of differentiation and plasticity of cells. Just as plant cells respond to damage by forming callus separately, some species break down their cells to form a blastema, similar to planting calluses, after amputation.

In the 1940s C. H. Waddington created the “Epigenetic Landscape”, which is a masterpiece of cell formation from highly differentiated cell types. Here, the concept of moving marbles descends in a variety of ways used to represent the determination of a cell and the power of a cell, thus visualizing how cells can take different pathways to reach the final state. The parting will be represented by a marble that rises up and down the paths it has already taken until it settles somewhere above the steep slope.

In our modern understanding of segregation, some controversies still exist when defining the limits of its meaning. Some claim that segregation is limited only to the list of cells from which it is derived. However, some say it can be used to explain the normal increase in cell potency.

Dedifferentiation refers to a cellular process in which a differentiated cell loses its special status or function, or returns to the previous growth stage. Cell division is the process by which a cell undergoes a transformation in form and function. As a result, the cell becomes a special kind of cell for doing something instead of the normal function. An example of cell division is a reproductive cell that divides into a mature cell, such as hematopoietic stem cells from bone marrow that divide into red blood cells, white blood cells, and platelets. Another mesenchymal stem cell from the bone marrow produces stromal cells, fat cells, and types of bone cells. Modification of form and function is due to highly controlled changes in genetic expression. A cell that has been separated is defined as separate. However, there are different cells that are able to return to the previous growth stage. This process is often seen in low-income species such as worms and aquatic and terrestrial animals as a means of regeneration. The term dedifferentiated is used to describe a mature cell that returns to an immature state and performs a normal function.

What else is significant about the cell division of living organisms?

In the case of multicellular organisms, it is necessary for cells to differentiate as they complete their function and produce genes to produce a protein element in cells. However, isolated cells lose their ability to make new copies. Therefore, multicellular organisms must store some specialized cells in order to fill the cells that need them, and these cells are called stem cells.

What is the Meaning of Differences in Biology?

Under the process of dividing cells that change from one cell type to another cell to perform more specific functions and develop and function better. The difference is usually that the body works better so that the body can function properly under different critical conditions.