Every living thing undergoes a series of physiological and biological processes. Metabolism is one of the most important processes that provide the necessary nutrients and energy for cells. As a result of this process, however, all living things produce newly synthetic chemicals called nitrogenous wastes such as uric acid, urea, and ammonia. These nitrogenous wastes form part of the body and the body’s bloodstream, and they can damage the body’s natural systems. Therefore, it is important to remove this debris. In particular, there are four types of waste disposal procedures – ammonotelism, ureotelism, aminotelism, and uricotelism. 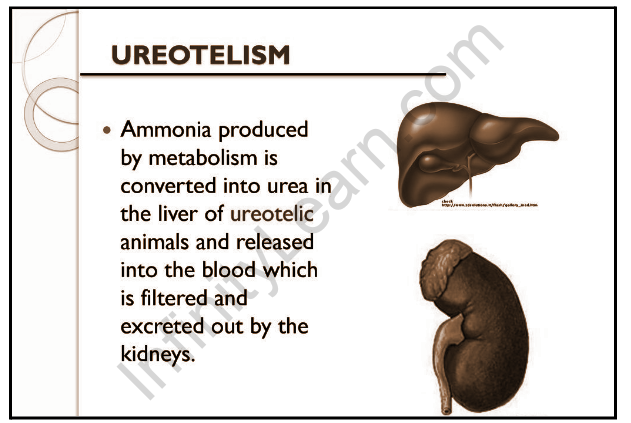 The removal of urea from an organism is called Ureotelism, and animals that release their waste mainly from various nitrogen species such as urea are called Ureotelic animals. Discharge from our body occurs through the skin, kidneys, and lungs. They release toxic substances. Carbon dioxide is released from the lungs, the kidneys secrete large amounts of water, salt, and urea while the skin releases salts and water from our body.

Urea is a colorless, crystalline compound naturally obtained by digesting proteins in the form of a nitrogen product. Forms when proteins produce amino acids after digestion. These many amino acids are broken down into ammonia and urea by the liver through the urea cycle, as ammonia is more toxic than urea.

Chemically, urea contains nitrogen, oxygen, and carbon and is commonly found in blood, sweat, urine, etc. in our body. Nitrogen is more abundant than any other substance in urea. The urea cycle begins with deamination in the liver where amino acids are broken down into ammonia. Ammonia is toxic, its accumulation in the body can be fatal. The molecules and enzymes present in the liver convert this toxic ammonia into urea. The cycle absorbs the carbon dioxide molecule and the two ammonia molecules that produce the urea molecule, one ornithine molecule to continue the cycle. The components of human immunity include glucose, water, salt, and urea. Kidney transplants are performed with high blood pressure. The blood absorbs water, salt, and glucose but not urea. It is excreted from the body as a urine solution. Disruption of the urea cycle can affect the liver’s ability to remove ammonia toxins. 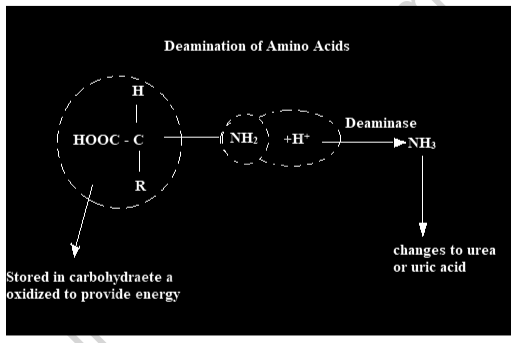 The dissolution of ammonia leads to the activation of three ATP molecules. This cycle, called the ornithine-urea cycle, was discovered in 1932 by Kreb and Hensleit. The cycle involves 5 chemical reactions caused by enzymes.

Composition of carbamoyl phosphate from Carbon dioxide, ATP, and ammonia.

The composition of Citrulline is derived from ornithine and carbamoyl phosphate.

Composition of argininosuccinic acid from citrulline, Aspartic acid and ATP.

Composition of fumaric acid and arginine from argininosuccinic acid.

Arginine breaks down into ornithine and urea.

⇒Enzyme – Arginase For more information on Ureotelism and other waste disposal methods.

Proteins are known as polymers of different amino acids. In the process of metabolism, deaminase, an enzyme removes a group of amino acids from these amino acids. This process is called deamination.

After deamination is removed, based on organic matter and water availability, the released amino groups convert themselves into uric acid, urea, or ammonia.

Some of the amino acids can be stored as carbohydrates or used to release energy through oxidation.

Especially in the liver, and sometimes in the kidneys, purines produce uric acid (C5H4N4O3) in decay. In uricotelic animals, purines are linked to excess nitrogen in the body. In this process, purines are converted into xanthine and uric acid by oxidation.

Conversion of uric acid as a nitrogenous waste requires a small amount of water between all expulsion processes. Thus, it is seen on land animals as reptiles that block access to water.

Here is the chemical equation of the deamination process in which amino acid deaminases become nitrogen waste:

As you know, uric acid does not easily dissolve in water. Therefore, the process of uricotelism requires a small amount of water. Thus, this process is seen in animals that live in arid or semi-arid areas.

Examples of Uricotelism are seen in reptiles, insects, birds, kangaroos mice, and land snails. However, some mammals and humans also release uric acid in small amounts. Also, there are common uric acid infections found in them as well.

Why Do Some Things Choose Uricotelism?

In particular, terrestrial animals that do not have limited water prefer uricotelism. The following are some of the reasons-

However, uric acid does not easily dissolve in water. For example, to remove 1 gm of uric acid, only 10 ml of water is needed. However, one gram of ammonia requires 300-500 ml of water, and 1 g of urea requires 50 ml of water to be extracted.

Uric acid can stay inside the organs for a long time as it is non-toxic and almost insoluble in water.

Since uric acid does not require much water, it can be removed in the form of a solid pellet. The waste of bats and birds has a white spot called guano. This guano is made up of uric acid crystals.

What Are the Different Ways of Disposal?

Three main ways to get rid of uricotelism, ureotelism, and ammonotelism. However, another method of disposal of animal waste is called aminotelism.

What Is the Main Use of Guano?

Guano, a white-colored uric acid crystalline, present in the case of bats and birds, is made up of high levels of phosphorus, potassium, and nitrogen compounds. Therefore, guano can be used as a fertilizer.

What Is Human Nutrition Waste?