The pressure, volume, and temperature of a gas are all governed by gas laws. Boyle’s law, named after Robert Boyle, states that the pressure P of a gas varies inversely with its volume V at a constant temperature, or PV = k, where k is a constant. Charles’ law, named after J.A.C. Charles (1746–1823), states that the volume V of a gas at constant pressure is directly proportional to its absolute (Kelvin) temperature T, or V/T = k. These two laws can be combined to form the ideal gas law, which is a single generalization of gas behavior known as an equation of state, PV = nRT, where n is the number of gram-moles in gas and R is known as the universal gas constant. Despite the fact that this law describes the behavior of an ideal gas, it is very close to the behavior of real gases. An ideal gas is a gas that, in physical behavior, conforms to a specific, idealized relationship between pressure, volume, and temperature known as the ideal gas law. This law is a generalization that includes both Boyle’s and Charles’ laws as special cases, and it states that for a given quantity of gas, the product of volume, V, and pressure, P, is proportional to absolute temperature T; i.e., PV = kT, where k is a constant. This type of relationship for a substance is known as its equation of state, and it is sufficient to describe its gross behavior.

The ideal gas law is derived from the kinetic theory of gases and is based on the assumptions that (1) the gas is made up of a large number of molecules that move randomly and obey Newton’s laws of motion; (2) the volume of the molecules is negligibly small in comparison to the volume of the gas; and (3) no Except in the case of short-duration elastic collisions, forces act on the molecules. Although no gas has these properties, the ideal gas law describes the behavior of real gases quite closely at sufficiently high temperatures and low pressures, when relatively large distances between molecules and their high speeds overcome any interaction.

When the conditions are normal, all gases exhibit similar behavior. However, a slight change in physical conditions such as pressure, temperature, or volume causes a deviation. Gas laws are an examination of the behavior of gases. A gas’s state variables, such as pressure, volume, and temperature, reveal its true nature. As a result, gas laws are relationships between these variables. Let us learn more about the crucial gas laws.

The gas laws are a set of rules that govern the behavior of gases by establishing relationships between the following variables:

Numerous scientists worked together to develop the gas laws near the end of the 18th century (after whom, the individual laws are named). The following are the five gas laws:

All gases behave similarly under standard conditions. When the physical parameters associated with the gas (such as temperature, pressure, and volume) are changed, variations in their behavior occur. The gas laws, which were named after the scientists who discovered them, essentially describe the behavior of gases.

When the physical conditions of the environment change, the behavior of gas particles deviates from their normal behavior. The various laws known as gas laws can be used to study these changes in gas behavior. The gas laws have been around for a long time, and they greatly assist scientists in determining amounts, pressure, volume, and temperature when it comes to gas. Furthermore, the gas law, as well as modern forms, are used in a variety of practical applications involving a gas. For example, measurements of respiratory gases, tidal volume, and vital capacity are taken at room temperature, despite the fact that these exchanges occur in the body at 37 degrees Celsius.

The equation for Boyle’s law is:

Where V denotes the volume of the gas, P the pressure of the gas, and K1 the constant. Boyle’s Law, which can also be represented as; can be used to determine the current pressure or volume of a gas. 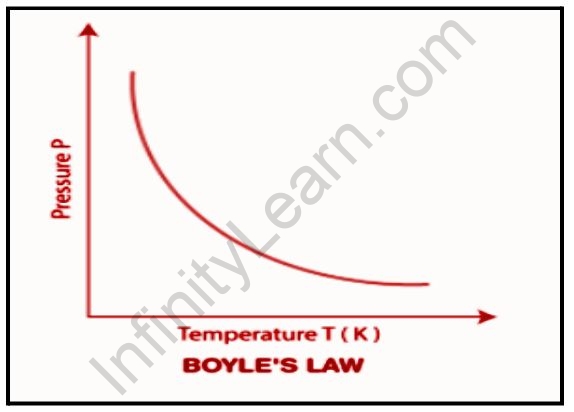 The ideal gas law, also known as the general gas equation, is a state-of-the-art equation for a hypothetical ideal gas. Despite its limitations, the ideal gas law is a good approximation of the behavior of many gases under many conditions. Benoit Paul Émile Clapeyron proposed the ideal gas law in 1834 as a combination of the empirical Charles’ law, Boyle’s law, Avogadro’s law, and Gay law. Lussac’s

The ideal gas law is expressed mathematically as:

V denotes the volume of the gas.

The number of moles is denoted by n.

We can also use an equivalent equation, which is shown below.

Charle’s law can be expressed mathematically as;

What exactly is the ideal gas state?

A gas pressure, temperature, and volume are all related.

What are the three gas laws?

The gas laws are made up of three major laws: Charles' Law, Boyle's Law, and Avogadro's Law (all of which will later combine into the General Gas Equation and Ideal Gas Law).