Learning numerical physics with the aid of equations and derivations can be tedious, but with the aid of graphs, it becomes both entertaining and simple to comprehend what the answer is explaining. In Physics, graphs are extremely important because they are used in almost every topic. In physics, graphs are required because they are the most practical and powerful technique of displaying data. Although both tables and graphs are used to describe the same data, graphs are easier to read and interpret than tables. A graph can demonstrate how the variables (dependent and independent) change as a result of physical laws. Without having to perform any further computations, a graphical depiction of any data can provide a qualitative relationship between the variables. Tables and graphs can both be used to represent data, but graphs are far easier to alter and analyze than tables.

The information about the velocity-time graphs and position-time graphs from various physics-related articles are available here. Graphs and their types are important topics in physics. Students who want to flourish in physics need to be well known about the velocity-time graphs and position-time graphs to get deep knowledge about it to do well on their exams. The definitions, diagrams, and brief explanations are provided here to assist students in effectively understanding the respective topic. Continue to visit our website for additional physics help.

The main distinction between graph studies and kinematics is that it is done in a graphical format. There are various types of graphs. We’ve learned how to calculate speed, distance, velocity, and displacement using math. These graphics will assist us in better comprehending the action. The observer should be able to interpret motion by seeing the graph, according to physics. We’ve been seeing how speed, velocity, distance, and displacement may be calculated mathematically. Graphs, on the other hand, help us understand the motion better. From a physics standpoint, looking at graphs should be able to comprehend motion. We’ll primarily discuss velocity and position-time graphs in this section.

The numerous ways in which the motion of objects can be represented have been the focus of our 1-dimensional kinematics research. The use of words, the use of diagrams, the use of numbers, the use of equations, and the use of graphs are all examples of such methods. The shape and slope of the lines on a velocity vs. time graph indicate the special aspects of object motion. 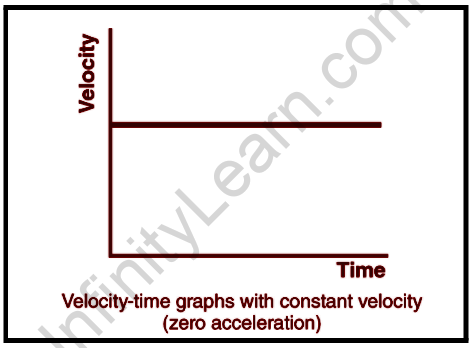 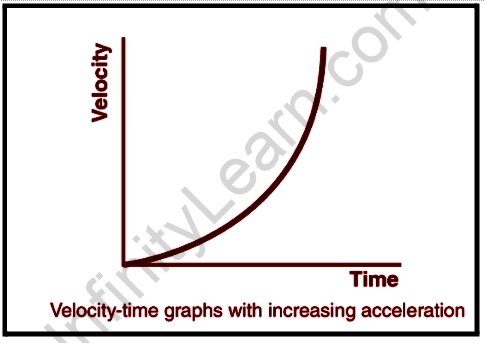 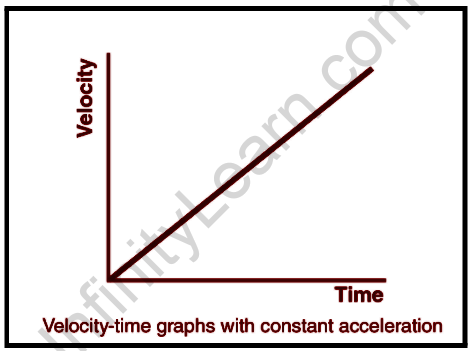 A derivative of the graph of an object’s position vs. time is equal to the object of velocity in mechanics. The location of a moving object is measured in meters relative to the origin according to the International System of Units. Time is, on the other hand, measured in seconds. The y-axis represents placement, while the x-axis represents time. 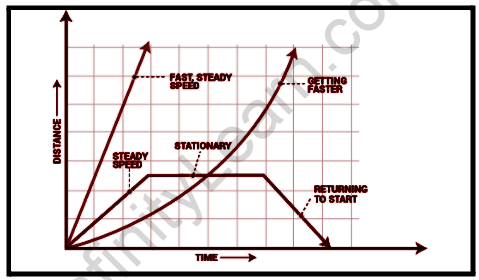 The motion of a body is calculated using a position-time graph. The distance and time corresponding to the body in motion can be calculated by graphing the time and distance of an accelerating body. The gradient line is found in the distance-time graph and is equivalent to the object’s speed. The faster the object moves, the better the gradient line or, in other words, the steeper the line is. The slope of the tangent to the curve at that exact location indicates the speed of the moving object.

Explain what the slope of the velocity-time Graph gives.

Q. What is the difference between position-time graph and velocity-time graph?

Ans: The disparity is thought to be significant.

What is the significance of the positive and negative slope of a velocity-time graph?

The working idea of a velocity-time graph is that the slope of the line on the graph offers information about the object's acceleration. A positive slope on the graph indicates that the object is moving faster (i.e., an upward sloping line). If the slope is negative, the acceleration, also known as retardation, is negative (i.e., a downward sloping line).