• Kepler’s Laws of Planetary Motion
Johannes Kepler formulated three laws which describe planetary motion. They are as follows:
(i) Law of orbits. Each planet revolves around the sun in an elliptical orbit with the sun at one of the foci of the ellipse.
(ii) Law of areas. The speed of planet varies in such a way that the radius, vector drawn from the sun to planet sweeps out equal areas in equal times. 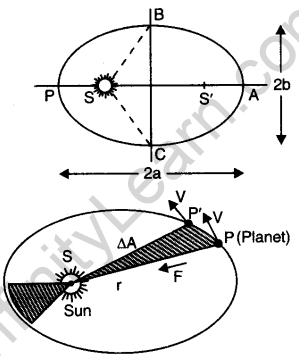 • Newton’s Law of Gravitation
Newton’s law of gravitation states that every particle in the universe attracts every other particle with a force directly proportional to the product of their masses and inversely proportional to the square of the distance between them. The direction of the force is along the line joining the particles.

• Acceleration Due to Gravity
The acceleration produced in a body on account of the force of gravity is known as acceleration due to gravity. It is usually denoted by ‘g’. It is always towards the centre of Earth.
If a body of mass ‘m’ lying on the surface of the earth, the gravitational force acting on the body is given by 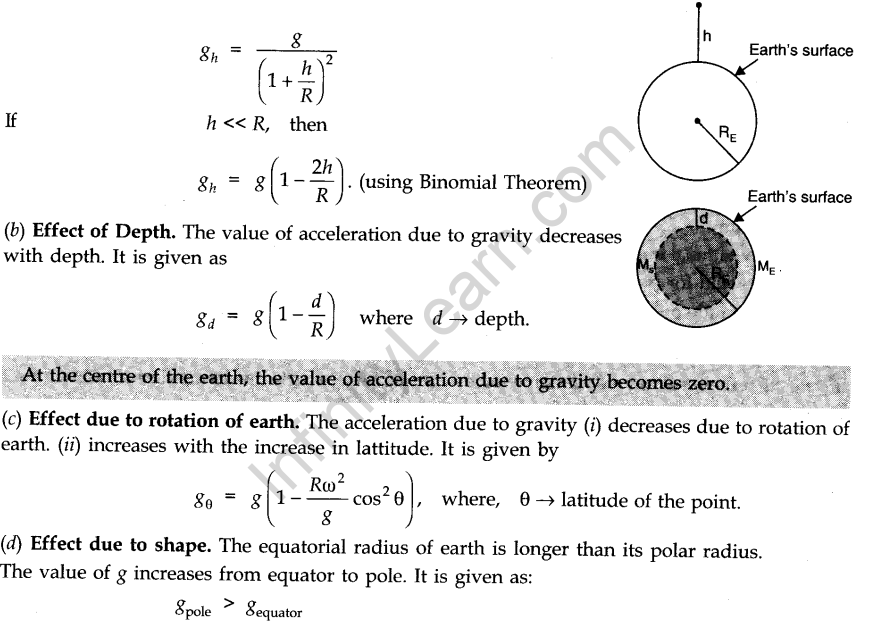 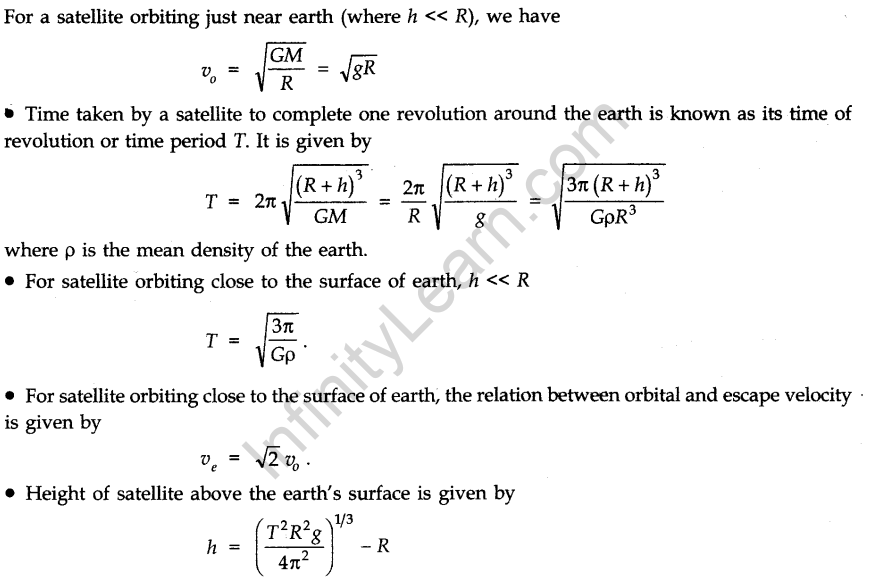