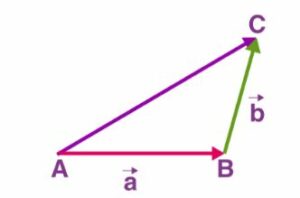 Vectors are the building blocks of all multivariable systems. Generally, we use them to write a list of anything in higher-dimensional space or, more generally, to represent a coordinate. This article covers what vectors are, how to write them, and the three basic vector operations.

What is a Vector?

It is generally necessary to describe the magnitude and direction of a typical physical quantity. Taking the example of ‘Force’ as an example, it has both direction and magnitude (value in numerical form), making it a vector quantity. Information such as 5 N being the force exerted on an object without mentioning the direction of the force is incomplete. In the case of force, direction plays a significant role as it turns the information into a complete one. Linear momentum and acceleration are also examples of vector quantities. Vectors are mathematically defined as having a magnitude and a direction.

Applications of vector maths can be found in a variety of areas, such as Algebra, Geometry, and Physics. Vectors are represented as straight lines with arrowheads, as previously discussed. An English alphabet letter is usually labelled at the end of a vector’s endpoints. Vectors are symbolically represented as endpoints with an arrowhead or a lowercase letter with an arrowhead. Within the above vector, the flower bracket indicates the magnitude of the vector, and the arrowhead indicates the vector’s direction. A vector’s magnitude is given by AB or a. The Pythagorean theorem is generally used to calculate the vector length. Vectors can be used for basic mathematical operations like addition, subtraction, and multiplication. Dividing two vectors, however, is not possible.

How are Vectors Represented?

Arrows are marked above the representative symbols for vectors to indicate them. For example, ab. Individual letters can also be used for this purpose, such as:

If two vectors, say A and B, satisfy the following conditions, they are equal mathematically:

Multiplication of vectors with scalar:

The magnitude of a vector changes when a scalar quantity is multiplied by it, but its direction remains unchanged.

If we multiply a vector a by a scalar quantity k, we get a new vector with a magnitude of ka and the same direction as a. The direction of k becomes just opposite of the direction of vector a if k is positive or negative.

Example: A vector is represented in an orthogonal system as a= 3i + j + k.What would be the resultant vector if a is multiplied by 5?

Solution: As the vector is to be multiplied by a scalar, the result would be as follows:

What Is a Unit Vector?

Unit vectors are vectors that have a magnitude of one unit. This is also known as a direction vector. It is represented with a lowercase letter and a capital (‘^’) symbol. Vectors are represented in space using unit vectors. A vector can be made into a unit vector by dividing its magnitude by the vector:

A unit vector p ̂having the same direction as vector p is given as:

|p| represents the magnitude of the vector

A unit vector p and a unit vector q should not be regarded as equal simply because they have the same magnitude. Since the directions in which the vectors are taken might differ, these unit vectors are different from one another. As a result, it is necessary to specify the magnitude and direction of a vector.

Vector, in science, is an amount that has both greatness and bearing yet not position. Instances of such amounts are speed and speed increase. In their cutting-edge structure, vectors showed up late in the nineteenth century when Josiah Willard Gibbs and Oliver Heaviside (of the United States and Britain, individually) freely created vector investigation to communicate the new laws of electromagnetism found by the Scottish physicist James Clerk Maxwell. Since that time, vectors have become fundamental in physical science, mechanics, electrical designing, and different sciences to depict powers numerically

Also read: Multiplication of Vectors by a Real Number

1. What are general vectors and their notations?

Ans: A vector in mathematics is a quantity with a magnitude as well as direction, but no position.

We can think of velocity and acceleration as examples of such quantities.

3. How many unit vectors exist for a particular direction

Ans: There exists only one unit vector in a given direction.