A phosphate ion (PO 4 3-) is an anion consisting of one phosphorus atom and four oxygen atoms, with a negative charge of −1. It is the conjugate base of phosphoric acid. In an aqueous solution, it exists as the hydrated ion H 2 PO 4 −. Phosphates are essential for life and are found in many materials, including bones, teeth, and DNA. Phosphates are a family of inorganic compounds that contain the phosphate ion, PO4. The most common phosphate is calcium phosphate, which is the primary component of human bones and teeth. Phosphates are also found in many processed foods, such as soft drinks and packaged snacks. 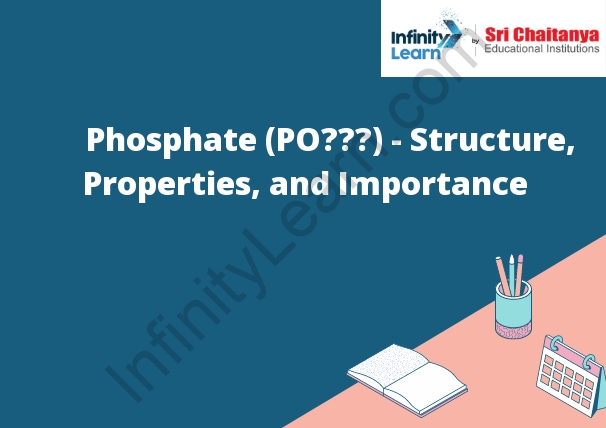 The phosphate ion is a polyatomic ion with the formula PO 4 3-. It consists of a phosphorus atom surrounded by four oxygen atoms. The phosphate ion is the conjugate base of phosphoric acid. Phosphate is a white solid that is soluble in water. It is an important component of fertilizers and is used to make detergents.

Plants require phosphorus to form their nuclei and chromosomes, as well as other essential cellular components. It is also a component of several plant enzymes. Phosphorus is necessary for root growth and the development of flowers and fruits. The highest concentrations of phosphorus are found in the seeds and fruits of plants.

Phosphates are used as a food additive to improve flavor, color, and texture. They are also used as a preservative to inhibit the growth of bacteria. Phosphates can leach from packaging into food, and they have been linked to health problems such as obesity and cardiovascular disease. The use of phosphates in food processing is being phased out in many countries due to health concerns. In the United States, the Food and Drug Administration has proposed a limit of 0.32 grams of phosphates per serving for processed foods