Silver is a chemical element with symbol Ag and atomic number 47. A soft, white, lustrous transition metal, it exhibits the highest electrical conductivity of any metal. The metal occurs in nature in free elemental form as an alloy with gold and other metals.

Silver is used in coins, jewelry, tableware, photography, and electrical contacts and conductors. It is produced as a byproduct of copper, gold, lead, and zinc refining. 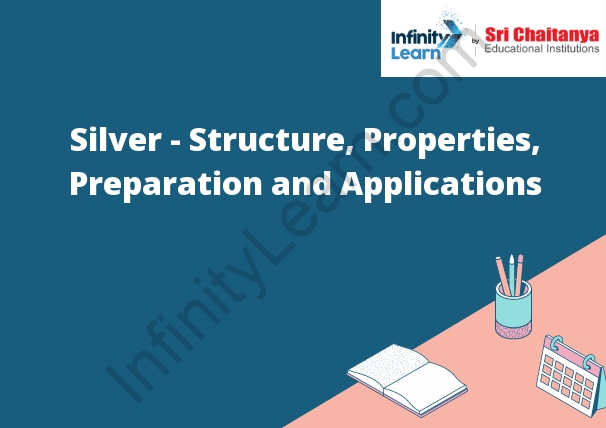 Silver is a chemical element with the symbol Ag (from the Latin argentum, meaning “silver”) and atomic number 47. A soft, white, lustrous transition metal, it is found in nature mainly in the mineral argentite, and also in native form, as an alloy with gold and other metals, and in minerals such as galena.

The metal is used in coins, jewelry, tableware, and various other applications. Its purity is measured on a per-mill basis; a 99.9% pure silver alloy is called “three nines fine”.

Silver has the highest electrical and thermal conductivity of any metal, and the highest optical reflectivity. It also has a low reactivity to other elements, and is therefore often found in free elemental form.

Silver does not react with most acids but is corroded by aqua regia. Silver is attacked by sulfur, selenium, and tellurium, and is also dissolved by mercury.

Silver is a shiny, white metal that is very soft and malleable. It is also a good conductor of electricity and heat.

Silver is a ductile and malleable metal that is tarnished by hydrogen sulfide. Pure silver is a soft metal that is not very durable. It is a good conductor of electricity and heat.

There are many applications of silver. Some of the most common are:

1) Silver is used in photography to produce a black and white image.

2) Silver is used in mirrors to reflect light.

3) Silver is used in jewelry to make it shine.

4) Silver is used in coins to make them valuable.

, it is represented by

The moon is often associated with the feminine, and is used to represent the subconscious, intuition, and emotion.

Medicine is the application of scientific knowledge and techniques to the prevention, diagnosis, and treatment of disease. Physicians, surgeons, and other health professionals use medical science to diagnose and treat patients.

Preventive medicine includes measures such as health education, public health campaigns, and vaccinations to prevent the spread of disease.

Diagnostic medicine involves the identification and treatment of disease.

Treatment of disease may involve medicines, surgery, or other medical procedures.

Medical science is constantly evolving, and new treatments and technologies are being developed all the time.

The practice of medicine has been around for thousands of years. The first known physician was Imhotep, who lived in ancient Egypt around 2600 BC. He was the architect of the first pyramid, and is also credited with developing the first medical treatments.

In ancient Greece, Hippocrates is considered the father of medicine. He developed the theory of the four humors, which dominated medical thinking for centuries.

The first hospitals were established in the Middle Ages. In the early 1800s, the first medical schools were founded.

In the 20th century, many important medical discoveries were made, including the discovery of penicillin, the development of vaccines, and the identification of DNA.

The Apple iPad is a tablet computer created and marketed by Apple Inc. The iPad features a 9.7-inch multi-touch display, a rear-facing 5-megapixel camera, and a front-facing 1.2-megapixel FaceTime camera. It runs iOS, derived from macOS.

The user interface is built around the device’s multi-touch screen, including a virtual keyboard. The iPad includes built-in Wi-Fi and cellular connectivity on select models. As of January 2015, there have been over 250 million iPads sold.

Catalysis is the process of increasing the rate of a chemical reaction by adding a substance that is not consumed in the reaction. Catalysts are typically small molecules that bind to the reactants, stabilize the transition state, or provide a new surface for the reaction to occur on. Enzymes are biological catalysts that are responsible for most of the chemical reactions that occur in the body.

Photography is the process of making still or moving pictures by recording radiation on a sensitive medium such as a photographic film or electronic sensor.