“A Photograph” is written by Shirley Toulson. The internal state of nature and the current situation of humans are compared in A Photograph Summary—the poet talks about a photograph of her mother in the poem. The picture shows a childhood version of the mother on a sea holiday with her two female cousins. The poet also draws parallels between nature, which changes at a snail’s pace, and human life, which changes rapidly. The poet recalls her mother laughing at the photos and lamenting the loss of her childhood pleasures.

On the other hand, the sea holiday was her mother’s past, and her mother’s laugh is now the poet’s past. Both deal with their losses and the grief that comes with remembering the past at different times and with great difficulty. Moreover, the poet is sad about her mother’s death and feels a profound feeling of loss. The situation’s painful silence leaves her speechless.

The poet begins the poem by looking at her mother’s photo, which is kept within the cardboard boxes. They were probably uncared for a long time. Moreover, it is not in any frame, metal, or otherwise. As a result, the poet paints it as susceptible to decaying forces. The poet’s mother appears to be flanked by her younger siblings in the photo. She also emphasizes her mother’s strength in looking after her young cousins.

When their brother or uncle takes a picture of them, they all look into the camera. Moreover, with their bouncing locks and charming smiles, they appear happy and excited. The image depicts the young girls trying to keep up with the waves smashing at them. Her mother (who is motionless in the photograph) can resist change even in motion because she has surrendered to mortality. When she is older, her mother looks back on the day at the sea in the second part/phase.

Further, she recalls her two cousins and the day depicted in the photograph. She often makes fun of the clothes they’re wearing. As the mother struggles to accept the constant motion of life as she grows older, these lines have a sad tone to them. Looking back at herself when she was 12 years old may have been an attempt to return to her childhood, which is a tragic reminder of time and age.

In the third part, the poet contemplates her mother’s death. In addition, the photo creates a memory for both of them. It binds the mother and daughter even after her mother has left her for good. The poet admits that she enjoys envisioning her mother laughing as much as her mother enjoys reminiscing about her day at the beach. She also sees that the time since her mother’s final departure matches her age in the photograph, which is 12 years. Perhaps it’s a coincidence or a life-and-death irony. Both the poet and her mother eventually come to terms with the transition and make peace with their memories.

Although death is seen as the end and causes everything to become quiet and empty, the poet found herself responding differently. Her mother’s death was inspiring enough for her to express her sentiments in the form of a memorial and poem. Finally, she accepts her surrender to death’s last silence. 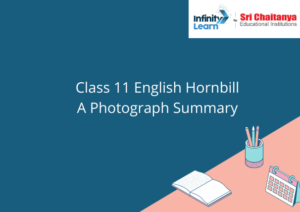 The Theme of the Poem

In ‘A Photograph,’ Toulson covers several essential themes. Loss/mourning and memories are the most prominent. The speaker’s recollections from her own life, as well as her recollections of her mother’s memories, are at the heart of the poem. As she recalls her mother’s words as the two looked at the photos together, she feels pain and excitement realizing how much time had passed since the photograph was taken and since she and her mother gazed at it together. However, it’s evident from the poem that those memories are still fresh in her mind.

The poet is looking at an old cardboard photo album as she writes these lines. Three young girls are shown walking on the beach while holding each other’s hands. The tallest and eldest girl is in the middle, while the other two girls on either side are younger. The poet’s mother is the girl in the middle. She was about twelve years old when the photo was taken.

In the lines above, the poet talks about how the image was captured. The photograph was taken by her mother’s uncle, who instructed them to stop and pose. All three of them smiled at the camera, their damp hair open. The poet is captivated by her mother’s face, which she describes as a “sweet face.” The photograph was taken a long time before the poet was born. Since they were so young at the time and had now grown older, the poet refers to their feet as “terribly transient.” On the other hand, the sea beneath their feet has remained relatively unchanged.

The poet’s mother would smile at the image after twenty-three years. She’d tell the poet to look at her cousins Betty and Dolly and how their parents would dress them all up for the beach. They would have made plans to take a photograph.

The poet remembers her mother’s favorite childhood memory of a sea holiday. Her mother’s laugh was the poet’s favorite memory from the past. Both women would think of memories from the past that they would never be able to relive. They did their utmost to adjust for what they had lost.

In these lines, the poet says that her mother died twelve years ago, the same age as her mother in the image. When the poet considers her mother’s death, she cannot explain the impact it has on her. Her mother has been silenced by death, which has left her speechless.

Shirley Toulson’s poetry ‘A Photograph’ is a nineteen-line poem contained within a single stanza of text. The lines are written in free verse, which doesn’t follow any rhyme or metrical patterns. However, this does not imply that the poem is entirely devoid of rhyme or meter. Throughout the poem, there are various examples of half-rhyme that help to give it a feeling of verse without forcing the author to stick to a precise pattern. For example, the consonant sound “l” in “labored,” “loss,” and “lived” in the concluding parts of the poem, as well as “sea” and “feet” in lines eight and nine.

Literary Devices Used in the Poem

In ‘A Photograph,’ Toulson employs a number of literary devices. These include caesura, alliteration, and imagery, among others. The first of these can be noticed when the poet breaks lines with punctuation several times throughout the text. “And she the big girl – some twelve years or so,” for example, or “She’d laugh at the snapshot. “See Betty.”

Another formal tool that focuses on the repetition of consonant sounds at the start of words is alliteration. For example, in the fifth line, “stood still to smile,” and in line fifteen, “laboured” and “loss.”

In every poetry, imagery is one of the most powerful techniques at work. Poems can’t connect with the reader’s imagination if the images aren’t well-crafted. The finest images encourage the viewer to visualize them using a variety of senses. Lines eight and nine provide an excellent illustration. They read: “And the sea, which appears to have changed less / Washed their terribly transient feet.”