As a teenager, losing yourself in a wonderland of your own isn’t uncommon. However, like Alice, everyone needs something to ground them back to reality and touch solid ground. Staying up-to-date with current affairs around the globe is one very significant way to do so. It keeps you in touch with the world and connects you to information from even distant places. 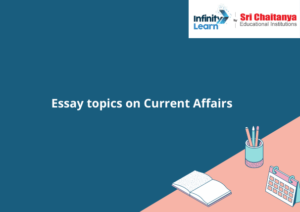 Let’s bring to light the most talked about affair of today, the release of the thirty-nine-year-old pop star, Britney Spears, from a 13-year conservatorship set up by her own father. After being involved in a multitude of scandals, she finally regained control of her life. However, this was only possible after her fans(including myself) and influential friends got involved heavily, showing support through social media and trendy hashtags. This news started a chain reaction, which was only possible because teenagers like us chose to stay on the right page of information.

This was only an example focusing majorly on Hollywood and its happenings, but current affairs is a broad category, covering everything from defense, politics, and sports to technology, science, and business. These pieces of information avail themselves to us in various ways; social media is gaining popularity at an alarming rate, acting even as a source of current information. The newspapers delivered to your doorsteps on the daily, the flashing headlines across the TV screens in your living rooms, the magazine your older sister would just not stop reading, even browsing machines at the tip of your fingers, the world around you is brimming with information. The opportunities are for eternity, and the choice is entirely yours to make.

As students, having a jam-packed schedule isn’t out of the question. However, it is also our responsibility to grow into aware and well-informed citizens of society. Inculcating habits of going through the newspaper once a day is essential; it not only updates you but also invokes a reading habit. Although, if you aren’t the biggest fan of holding bundles of long papers together, listening to podcasts or watching the news channels with your parents is always a merry and easy option. Being in touch with the news not only broadens your horizon of knowledge but also marks your presence in social circles, putting you on a pedestal higher than those lesser informed. After all, knowledge is power.

Due to increased globalization, the world we inhabit today has been transformed into a global village. All sectors of being are interrelated, making it extremely important to gain an apprehension of things pertaining to all fields, be it a rally marking black rights in the United States or the melting of ice caps at Earth ends.

Events occur every second in every corner of this sphere and as the upcoming generation, we must choose to keep a watchful eye for important events, nationally and internationally. And as Edgar Dale said, there was never a time in history where ignorance of current affairs could be so dangerous.

Below are a few compelling topics related to current affairs: