Introduction
Monuments have always played a pivotal role in binding today’s reality with stories of the past. They are almost living entities, as they bring out the feelings of the artists who sculpted them into what we behold and applaud today. They are the footprints of history on the pages of time. 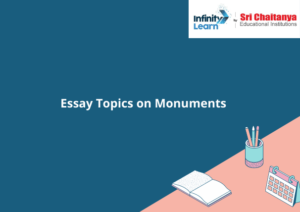 Monuments are often known to stand for their country’s past and mark several important incidents throughout the country’s history. They bring out a sense of patriotism and pride in the country’s citizens. For example, the Taj Mahal’s position in the international hall of fame marks a position of pride for Indians. The gravity of such monumental figures is often undermined and overlooked. When we, ourselves, fail to recognize their significance, their value worldwide comes to a shockingly low point.

The Eiffel Tower in Paris is yet another example that stands to be a symbol of progress for France, demonstrating the industrial prowess of the country and commemorating the centennial of the French revolution. The French take pride in this Parisian structure and people from around the globe come to visit it regularly. Similarly, one of the world’s most famous sculptures occupies its place in the heart of the United States, New York. The Statue of Liberty characterizes the alliance between the States and France, as the latter gifted it after the American Revolution.

If you are interested in writing about the political significance of monuments, here are a few questions:

Apart from stories, written entries, and scriptures, monuments are our last hope to hold onto the traditions and cultures of our history. India, specifically, is known for its heritage worldwide. The different forms of architecture, from the domes of the Mughals to the intricate carvings of the Southern dynasties, live on as physical stories in the pages of history. Although it celebrates the victories of kings that are now long dead, it is built for us to see and understand that kingdom’s greatness. Like Frank Wedekind once said, ‘monuments are for the living, not the dead’.

Monuments around the world act as protests against nothingness and the finality of death. However, these protests are what truly connect us to the past and carry the promises of tradition to future generations. The monuments of today that we will leave behind will one day be looked upon with this same awe and fondness.