Absolute perfection is the ideal build of a society, where peace and harmony face no obstacles, and everyone is satisfied with what they own and experience. People sing joyously and live with utmost compatibility. But as our feet touch the ground, we realize that this hasn’t been true today or on any other page of history. Fairytales are fictional for a reason. 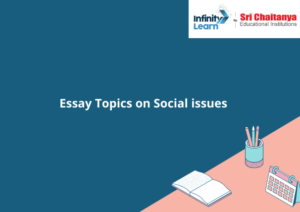 Any problem that negatively impacts the way people of one society live together can be termed as a social issue- it varies from concerns pertaining to racism, caste discrimination, and even gender inequalities. Societies all over the world battle these issues on a daily basis, and slowly but steadily, the world is adapting to newer norms and ways of being.

A widespread problem faced by Indian society, in particular, is that of caste. When educated personas of today choose to have a culturally backward mindset, issues like these stick around for longer. This caste system is one of the longest surviving systems of social hierarchy, and the victims most discriminated against are the untouchables. Belonging to the cast of Dalit, the untouchables are considered to be somehow less human and, therefore, impure. According to the old system of caste hierarchy, Dalits are outcasts, the fifth group no one pays heed to.

Solutions, however many, cannot be classified as everlasting. Problems brim to the surface every day, and unless the societal inhabitants come together to ward off these social evils, even the issues can be forevermore.

Another common societal issue faced, not only by Indians but worldwide, is that of gender inequality. Women have been expected to submit to the physically stronger gender for generations. So much so, they hadn’t even had a voice in political scenarios or workplaces, having no control over the rules implemented for them. The 21st century has, however, seen tremendous progress in this department, and acts of women empowerment have been set off in full force. Although the problem might not be completely eradicated, we have at least come to acknowledge it as a whole.

The ugliest form of consequence is violence, and reviving from such a low seems inexplicably difficult. When an innocent man roams the street and gets beat up to death, simply for being of a different caste or religion, is when law enforcement becomes a must. Strong policies need inculcation into the constitution of all political rules, and implementation of the same with rigorous force has to be assured.

Standing gloriously with its 29 states and eight union territories, India beholds unity in its diversity. And because of such variety, it attracts more social issues than most countries. The Indian constitution and our judicial system work relentlessly to knock the concerns off, but there’s only so much that can be pushed through without the active involvement of the citizens.

We must grow to be aware and empathize with those who go through such harsh incidents more often than others. Students of today need to learn to raise their voices in the right places at the right time. Our education system is constantly adding more and more information into our curriculum, hence fulfilling their responsibility. Absorbing said knowledge and bringing it into action depends solely on us. The future is, in fact, ours. Listed below are a few captivating topics to ponder upon: