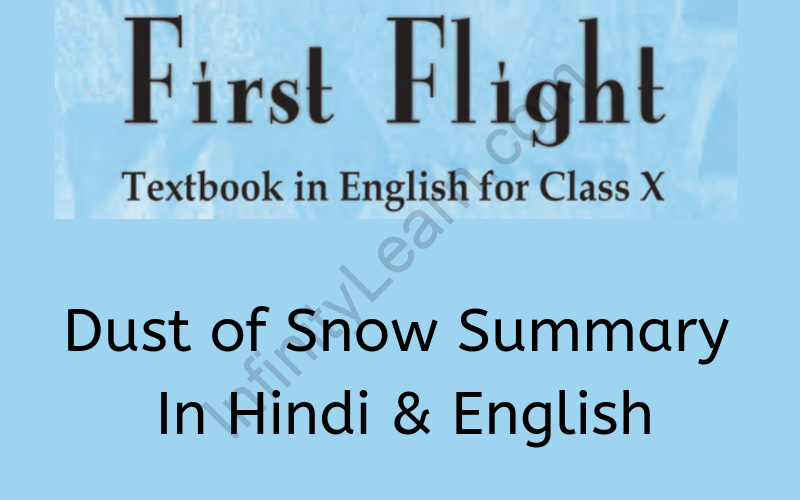 Dust of Snow Summary In English

‘Dust of Snow’ is a beautiful short poem written by Robert Frost. This poem tells that even a simple moment has a large significance. The poet has mentioned crow and hemlock tree in this poem. Crow signifies his depressive and sorrowful mood and hemlock tree is a poisonous tree. Both these signify that the poet was not in a good mood and so he describes the dark, depressive and bitter side of nature to present his similar mood.

The poet says that once he was in a sad, depressive mood and was sitting under a hemlock tree. A crow, sitting on the same tree, shook off the dust of snow i.e., small particles of snow that remain on the surface after the snowfall, on the poet. This simple action changed the poet’s mood. He realized that he had just wasted a part of his day repenting and being lost in sorrow. But the change in his mood made him realize that he should utilize the rest of the day in some useful activity. His sorrow was washed away by the light shower of snow dust. His spirit was revived and he got ready to utilize the rest of the day.