1.What was the Napoleonic Code known as?
Or
What was Huynh Phu So opposed to?

2.What are potential resources?

3.Why does India have multiparty system?

5.In which respect is a democratically elected government better than its alternatives?

6.What are demand deposits?

7.State two benefits to the local company of joint production with MNC.

8.Which organisation provides certification of standardisation in India?

9.Explain any three hardships that Europe faced during 1830s.

Or
What was the significance of Vietnamese Trail?

10.Explain the reaction of Indian people against the Rowlatt Act passed in Imperial Legislative Council in 1916.

11.Describe the actions taken by the British administration against nationalists who opposed the Act.

12.Why is coal called the most important source of energy even today in India? Explain giving three reasons.

13.Why does Chotanagpur Plateau region have the maximum concentration of iron and steel industry? Explain any three reasons.

14.Explain the improvements made by the Indian Railways in its functioning.

15.Mention any three similarities between struggles of Nepal and Bolivia.

16.How do state or regional political parties contribute in strengthening federalism and democracy in India? Explain with examples.

17.Democracy is preferred to dictatorship because decision making is based on norms and procedures. Explain. What are the democratic values that promote this preference?

18.Why is there a great need to expand formal sector credit in India? Explain any three reasons.

19.Explain the role of government to make globalisation fair.

20.Consumers have the right to be informed about goods and services they purchase. Explain its three advantages.

21.How did Romanticism seek to develop a particular form of nationalist sentiments during 18th century? Explain.

Or
Explain the reasons for the popularity of ‘Go East Movement’.

22.Describe the main features of the Civil Disobedience Movement in 1930.

23.Which is the most abundantly available fossil fuel in India? What are its three major forms? Write main features of each form.

24.Why was cotton textile industry concentrated in the cotton growing belt of Maharashtra and Gujarat in the early years? Explain any three reasons.

25.Differentiate between national and regional parties? Write any four points. .

26. Describe the broad challenges to democracy.

27. In what ways does the Reserve Bank of India supervise the functioning of banks? Why is this necessary?

28. Explain various ways by which consumers are exploited by the producers or wholesalers. 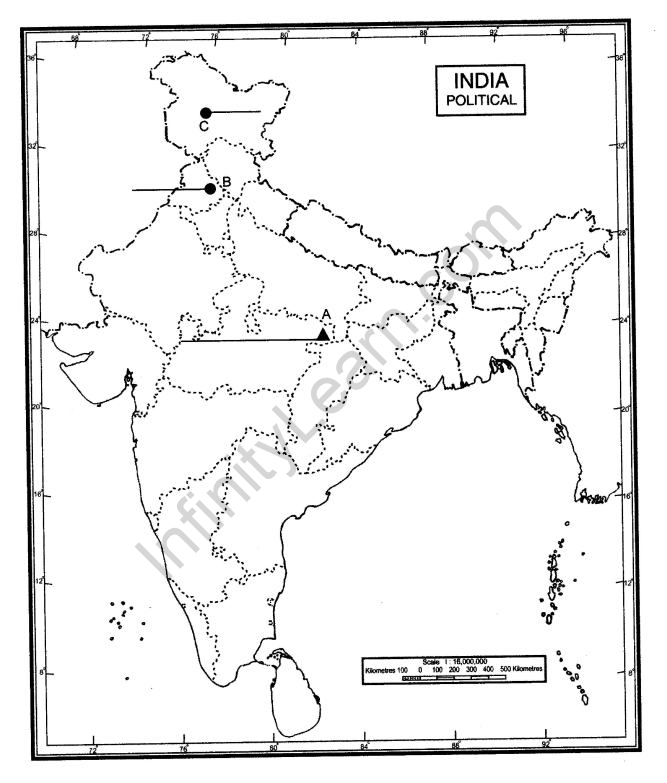