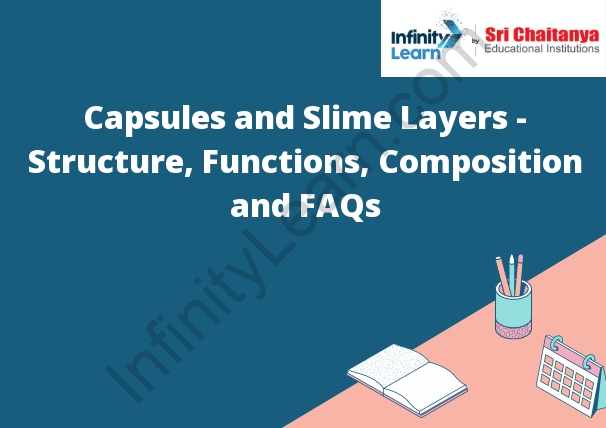 A slime layer is a single layer of slime cells that covers the surface of an object. Slime layers can be found on the surfaces of some aquatic animals, such as jellyfish and sea anemones. They can also be found on the surfaces of some land animals, such as slugs and snails. Slime layers are composed of slime cells, which are special cells that can produce a sticky substance called mucus. The mucusproduced by slime cells can help protect the animal from predators or parasites, and can also help the animal move more easily through water or mud.

A capsule is a protective structure that surrounds some cells or organisms. Capsules can be found on the surfaces of some aquatic animals, such as jellyfish and sea anemones. They can also be found on the surfaces of some land animals, such as slugs and snails. Capsules are composed of a tough outer layer of cells called the cell wall, and a inner layer of cells called the cytoplasm. The cytoplasm contains the cells’ genetic material and other important cellular components. The cell wall protects the cytoplasm from damage and helps the organism move more easily through water or mud.

The capsule is a hard, two-piece, outer shell that surrounds the lens of the eye. It is composed of a fibrous material that is tough and elastic. The capsule helps to keep the lens in place and to protect it from injury.

The capsule is a membranous sac that surrounds and protects the organ it encloses. The capsule also helps the organ function by secreting fluids that bathe the organ and help it to work properly.

A bacterial slime layer is a protective coating of bacteria that can be found on the surface of some cells. This layer can be composed of a variety of materials, including proteins, polysaccharides, and lipids. The slime layer helps to protect the bacteria from environmental threats, such as dehydration and UV radiation. Additionally, the slime layer can help the bacteria to adhere to surfaces, which can allow them to colonize new areas.

The slime layer in the gastrointestinal tract has many functions, including:

1. Acting as a barrier between the intestinal wall and the gut contents, preventing bacteria and toxins from entering the bloodstream.

2. Regulating the passage of food and fluid through the intestine.

4. Absorbing nutrients and water from food.

Layers Outside the Cell Wall

A cell membrane is found in every cell. A cell wall is present in the majority of bacteria. Bacteria, on the other hand, may or may not have a few additional layers. If existent, these would be located outside of the cell membrane as well as the cell wall.CapsuleA polysaccharide layer entirely encases the cell in a bacterial capsule. It is well-organized and densely packed, which explains why it does not stain under the microscope. Desiccation, hydrophobic poisonous chemicals (i.e. detergents), and bacterial viruses are just some of the hazards that the capsule protects the cell from. The capsule can boost bacterial pathogens’ potential to cause disease while also protecting them from phagocytosis (engulfment by white blood cells known as phagocytes). Finally, it can aid in surface attachment.Slime LayerA bacterial slime layer is similar to a capsule in that it is made up of polysaccharides and surrounds the cell completely. It also protects against a variety of dangers, including desiccation and antibiotics. It may also enable surface adhesion. So, what is the difference between it and the capsule? In contrast to a capsule, which integrates tightly around the bacterial cell wall,