Haemoglobin is a protein molecule found in red blood cells that is responsible for the transport of oxygen from the lungs to the rest of the body. Haemoglobin also helps to remove carbon dioxide from the body.

There are several diseases that can be related to haemoglobin, including anaemia, sickle cell anaemia, and thalassemia. Anaemia is a condition in which the body does not have enough red blood cells, resulting in a shortage of oxygen. Symptoms of anaemia can include fatigue, shortness of breath, and pale skin.

There are several treatments available for haemoglobin-related diseases, including blood transfusions, medication, and surgery. 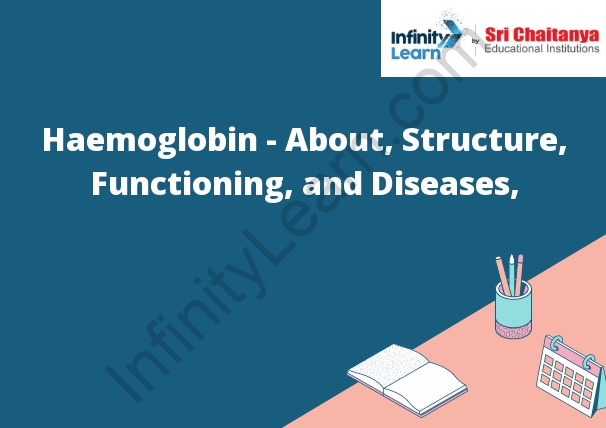 Haemoglobin is a protein molecule present in red blood cells that carries oxygen from the lungs to the tissues of the body. It is composed of four protein subunits, each of which contains a heme group that binds oxygen. The heme group is also responsible for the red color of blood.

Haemoglobin is a protein found in the red blood cells. It is responsible for the transport of oxygen from the lungs to the rest of the body. The oxygen is bound to the haemoglobin in the lungs and is released at other parts of the body.

There is no cure for sickle cell anaemia, but treatments can help manage the symptoms. These include pain relief, antibiotics to treat infections, and blood transfusions.

Thalassemia is a blood disorder that affects the production of hemoglobin, the molecule in red blood cells that carries oxygen throughout the body. Hemoglobin is made up of two proteins, alpha and beta. Thalassemia occurs when there is a mutation in the gene that codes for the beta protein. This results in the production of an abnormal form of hemoglobin that can’t carry oxygen as well as normal hemoglobin.

Thalassemia is most commonly diagnosed in infants and children, but can occur at any age. Treatment depends on the type and severity of the disease.