Molybdenum – Chemical Formula: Molybdenum is a chemical element with symbol Mo and atomic number 42. It is a silvery-white, lustrous transition metal in the molybdenum group. Molybdenum is found in nature as a free metal, alloyed with other elements, and in minerals. Molybdenum does not occur as a natural mineral, but rather must be synthesized. The most important use of molybdenum is in alloys with other metals to make stainless steel, which is used in a wide variety of applications, including food handling, medical implants, and chemical processing. 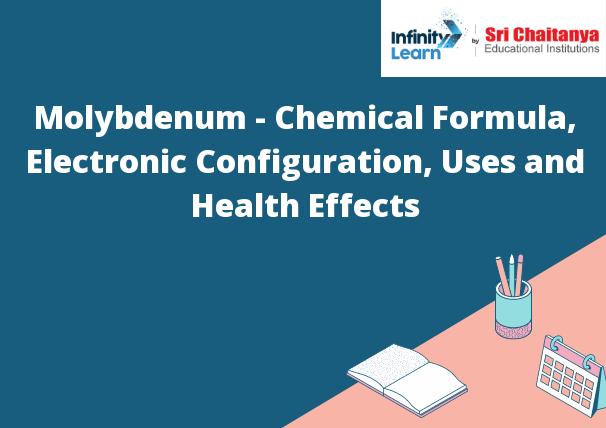 Molybdenum is a transition metal in the periodic table and its electronic configuration is [Kr] 4d5s. It is a silvery-white metal that is resistant to corrosion. It is used to make alloys with other metals, such as steel, and is also used in chemical compounds.

Molybdenum is not a rare element and is found in many different parts of the world. It is most commonly found in association with other metals such as copper and lead. The element is not as abundant as some of the other metals but is still relatively plentiful.

Molybdenum is an essential nutrient for humans and animals. It is a mineral that is found in small amounts in the body. Molybdenum is used to help break down food and to produce energy. It is also important for the health of the bones, teeth, and nails.