The Proposal is a story based on a Ruritanian play written by Anton Chekhov. In the story, a 35 year-old wealthy man named Ivan Lomov desires to marry his neighbor’s daughter named Natalya and needs her father’s approval.

The Theme of the Story

This story is about Stepan Stepanovitch Chubukov and his neighbor Ivan Vassilevitch Lomov. Stepan has a daughter named Natalya. It is a romantic story that revolves around Ivan and Natalya. Ivan often gets money from Stepan. One day, Ivan comes to Stepan and tells him that he has come for a request. At this, Stepan thinks that he has come to ask for some more money. But instead, he requests to get married to Natalya. On hearing this, Stepan becomes happy. Natalya comes out and Stepan exits the room. After he leaves, there starts a heated debate between Ivan and Natalya on the topic of Oxen Meadows. Hearing their argument, Stepan arrives and tells Ivan to leave his house. This is when he tells his daughter that Ivan has come here with a proposal to get married to her. On hearing that, her demeanor towards him softens and she demands to call him back while weeping. Stepan calls him back and puts her daughter’s hand into Ivan’s hand. At last, Stepan blesses them and thus they begin their life quarreling with each other. 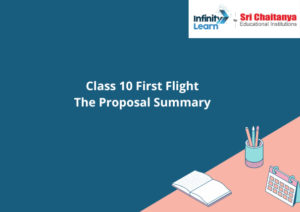 Dressed very well, Ivan arrives at Stepan’s house with a proposal. Stepan is sitting in the drawing room of his house at that moment. Stepan welcomes him,and Ivan tells him that he has come to make a request. At this, Stepan thinks that he has come to borrow money. Ivan tries to speak but gets excited. At last, he manages to say that he has come to ask for the hand of his daughter. Stepan is ecstatic on hearing that and tells Ivan that he wanted this to happen as Natalya also loves him. Ivan thinks that Natalya is a good housekeeper and is very beautiful. Soon, Natalya arrives on the scene, and she and Ivan start talking to each other. Ivan tries to tell her about the proposal, but he is unable to do so.

All of a sudden, their discussion transforms into a debate. Ivan tells her that their families have known each other for a long period. He also tells Natalya how he inherited his land and how his oxen meadows touch her Birchwoods. Hearing this, Natalya tells him that oxen meadows are theirs but not Ivan’s. Ivan refuses it and clears that they are between the Birchwoods and the Burnt Marsh. He says that his aunt’s grandmother gave those meadows to Natalya’s grandfather. The peasants used the land for forty years and started to regard them as their own.

Natalya becomes angry and says that they have had the land for nearly three hundred years, and so she cannot accept his story. Although Ivan says that he will show the necessary documents, Natalya responds that these meadows are worth perhaps 300 roubles and that she will not tolerate this unfairness. Ivan argues that the peasants of Natalya’s father’s grandfather baked bricks for his aunt’s grandmother. Thus begins their heated conversation about ownership. They soon start shouting at each other.

Stepan comes back and Ivan threatens him:

Hearing the noise, Stepan comes back and also tries to prove their ownership of the oxen meadows. They accuse each other of speaking disrespectfully, and Ivan calls Stepan a land grabber, threatening to take him to court. Stepan orders Ivan to leave his house immediately.

Natalya comes to know about the proposal:

After the departure of Ivan, Stepan tells her that Ivan had come to propose to her for marriage. At this, she starts weeping. She asks Stepan to bring him back.

Ivan comes back and they fight again:

Ivan comes back. Natalya begs her pardon and tells him that the meadows are his. After this, Ivan starts to talk about his dog and informs its cost is 125 roubles. Natalya tells him that her father purchased her dog, Squeezer, for 85 roubles. Once again, they start fighting. Stepan comes back and understands the reason behind their new fight. They accuse each other as Ivan cites facts for his dog’s superiority. Suddenly, Ivan falls into an armchair and a doctor is being called. Stepan becomes very upset. Ivan asks for some water. Stepan tells them to get married and put Ivan’s hand into his daughter’s hand. Stepan thinks that a burden has come off his shoulders. He blesses them and they start their new life together.