‘Gender is not something that one is, it is the act of doing, the state of being.’ The society we live in has undoubtedly made progress in many fields, but identity and equality are things we struggle with even today. The terms ‘sex’ and ‘gender’ are often used interchangeably without any consequences. There is a stigma prevalent around talking about someone’s sexuality and preferences. It’s time that a conscious effort is made to talk about the difference between the sex and the gender of a person and respect a person for who they are, irrespective of how they choose to lead their lives.

The term ‘sex’ refers to the anatomy of a human body with respect to the reproductive parts they are born with. A person can either be male, female, or intersex at birth. Gender, on the other hand, is a personal choice. A person of any sex can be affiliated with any gender and choose to portray oneself accordingly. Society expects males to have masculine tendencies and females to have feminine habits, but this is not always the case. We have been raised in a stereotypical setting where the only standard way of being is heterosexuality and cis-gender; anything other than that is deemed improper and unacceptable. 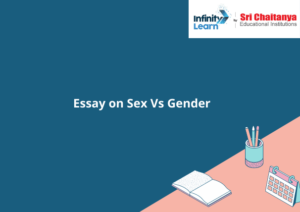 What everyone needs to realize is that gender is not a binary term. Instead, it is a spectrum, and no one is bound to be just one thing all their lives. Depending on one’s personal choice, a person can be cis-gender, transgender, nonbinary, agender, or bi-gender. A person’s gender has nothing to do with their sexuality. While sexuality is someone’s orientation of who they find attractive, gender is their personal choice of existence. A cis-gender person is anyone who is born a male or a female and identifies as one. A transgender person is born with the male reproductive parts but identifies as a female or vice versa. A nonbinary person is born intersex and does not identify with either being a male or a female. An agender person doesn’t feel aligned to any sex, while bi-gender refers to being oriented towards both the male and female forms at different points of time.

Society mainly comprises cis-gender people, so there is a severe bias towards anyone who does not fit the norm set by society. Anyone who deviates from the expected gender role is often shunned by everyone, including their loved ones and family. In India, we believe that any altered way of existence is against our culture, but this can’t be further from the truth. Looking back at ancient scriptures and texts, we come across different kinds of sexualities and gender. While our ancient culture promoted the peaceful existence of all sects of society, the present conditions are not that favourable. Our society is so trans-phobic that we refuse to provide respectable job opportunities to these people. From a very early age, any trans or bi-gender person is disallowed from going to school and receiving a proper education. As a result, they have no way to make their ends meet in the world. Many of them have to resort to unsolicited means such as begging and prostitution. The taboo around these people is so great that we do not want to come in any form of contact with them and prohibit them from entering our houses.

While several NGOs and government-run organizations have taken to the cause of these people, we still have a long way to go as a society. The first step in eradicating this stigma should be spreading awareness about sex and gender. From a very early age, one must be made to understand that heterosexuality and cisgender is not the only way of being, and it is not something that the outside world can dictate. Secondly, we must learn to respect anyone’s personal choices and boundaries, as long as they are not affecting ours. The government should also take steps to provide everyone with equal opportunities in life, and anyone who violates the life of these people should be punished by law.

Last but not least, we must start living by the words: be the change you want to see in the world. If every person initiates a small step to change for the better and becomes more tolerant, we can go a long way as a society. We need to understand that not everyone is created equal, but that does not imply that difference is a weakness. It is a personal choice that someone makes, and no one has the right to have an opinion on it but themselves. After all, variety is the spice of life!