Orography is the study of the physical features of mountains. This includes their shape, size, and the way that they are formed. Orography can also include the study of the climate and weather patterns that are found in mountainous areas. 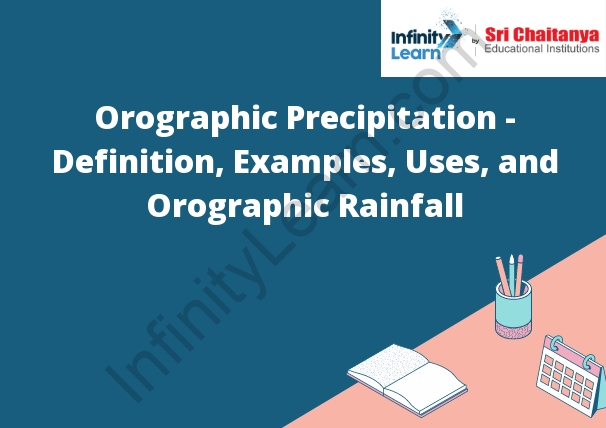 What is Orographic Precipitation?

What is Orographic Lift?

The lifting of air masses by the mountains is called orographic lift. The air is forced up the slopes of the mountains and cools as it rises. This cooling process causes the water vapor in the air to condense and form clouds. The clouds then release rain or snow, which can lead to severe weather conditions.

Cause of Orographic Rainfall

The main cause of orographic rainfall is the presence of mountains. When moist air rises over a mountain, it cools and releases moisture in the form of rain or snow. The higher the elevation of the mountain, the more moisture the air will release.

What is Orographic Precipitation?

Orographic precipitation is created when moist air is forced up the side of a mountain, and the moisture in the air condenses and falls as rain or snow. The exact type of precipitation that falls depends on the temperature of the air and the amount of moisture in it.

There are a few drawbacks to orographic precipitation. One is that it can lead to dangerous flash flooding, as the water is not able to soak into the ground very well. Additionally, it can also lead to very heavy rains and possible landslides.

An orographic cloud is a cloud that forms when air is forced to rise over a mountain. The air cools as it rises, and the water vapor in the air condenses to form a cloud. Orographic clouds are often seen on the leeward side of mountains.

Effect of Precipitation on Air Pollution

The main effect of precipitation on air pollution is that it helps to clear the air. Precipitation helps to wash away pollutants and to dilute them so that they are less harmful. This can help to improve air quality, especially in areas where there is a lot of air pollution.

The weather has a significant impact on agriculture. The most important aspect of the weather with respect to agriculture is the amount and timing of precipitation. Too much or too little precipitation can lead to decreased crop yields. The type of precipitation (rain, snow, sleet, hail) can also affect crops, with hail being the most damaging. Wind can also damage crops, as can extreme temperatures.