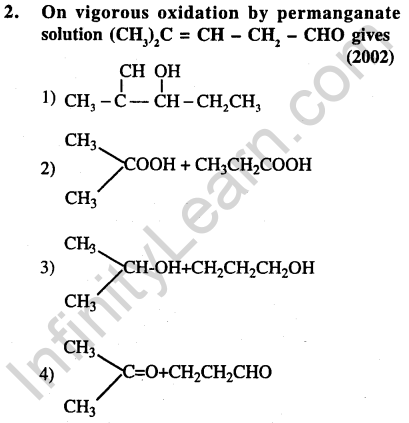 10.Among the following compound which can be dehydrated very easily is (2004)

13.Reaction of cyclohexanone with dimethylamine in the presence of catalytic amount of
an acid forms a compound if water during the reaction is continuously removed. The compound formed is generally known as (2005)
1) a Schiff’s base 2) an enamine
3) an imine 4) an amine
Ans. 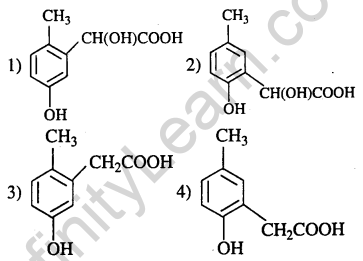 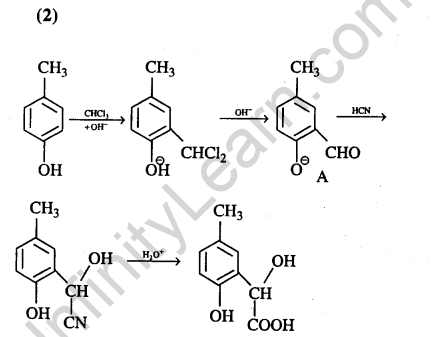 Ans.(4) Iodoform is given by methyl ketone.

19.The structure of the compound that gives a tribromo derivative on treatment with bromine water is (2006) 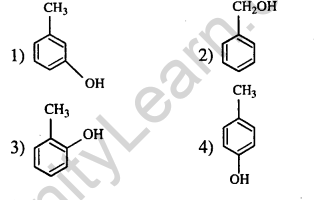 Ans.(1) ortho and para positions of bromiantion, to -OH group. 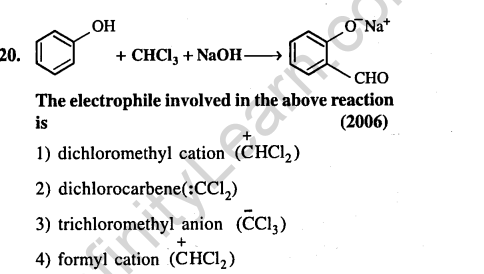 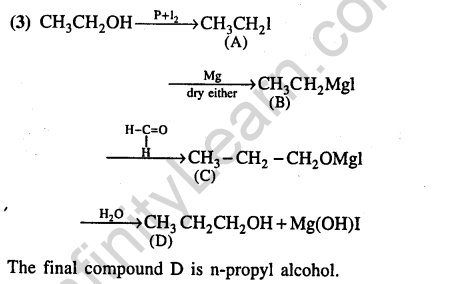 Ans.(3) Any aliphatic carbon with hydrogen attached to it, in combination with benzene ring, will be oxidized to benzoic acid by KMn04 / H+. 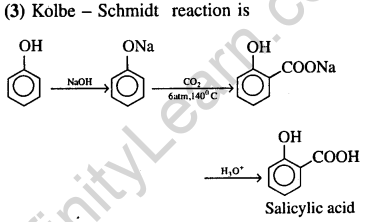 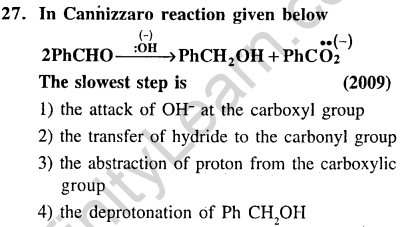 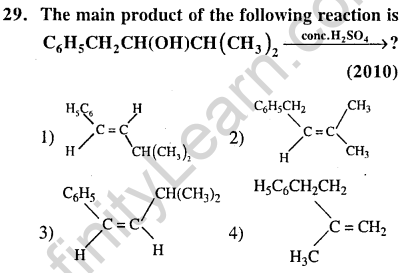 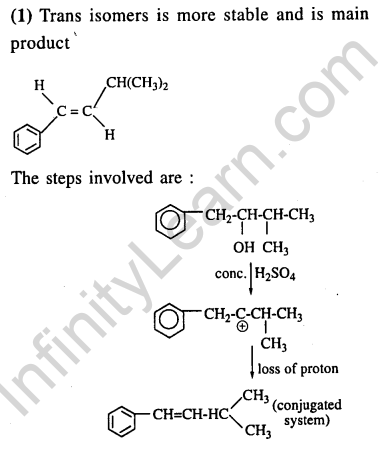 30.Silver Mirror test is given by which one of the following compounds ? (2011)
1) Formaldehyde 2) Benzophenone
3) Acetaldehyde 4) Acetone
Ans.

33.Sodium ethoxide has reacted with ethanoyl chloride. The compound that is produced in the above reaction is (2011)
1) Ethyl chloride 2) Ethyl ethanoate
3) Diethyl ether 4) 2 – Butanone
Ans.

34.Which of the following reagents may be used to distinguish between phenol and benzoic acid? (2011)
1) Molisch reagent 2) Neutral FeCl3
3) Aqueous NaOH 4) Tollen’s reagent
Ans.

35. Iodoform can be prepared from all except (2012)
1) Ethyl methyl ketone 2) Isopropy alcohol
3)3-Methyl-2-butanone
4)Isobutyl alcohol
Ans. 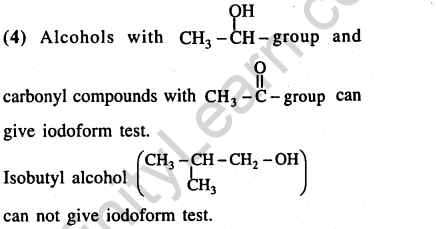 36.In the given transformation, which of the following is the most appropriate reagent ? (2012) 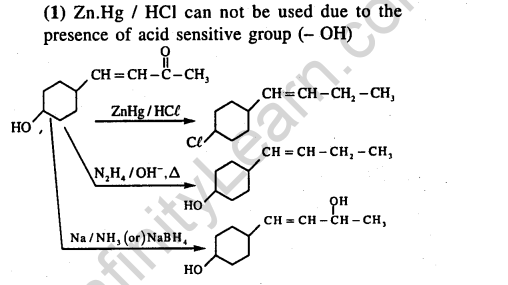 37.Arrange the following compounds in order of decreasing acidity (2013) 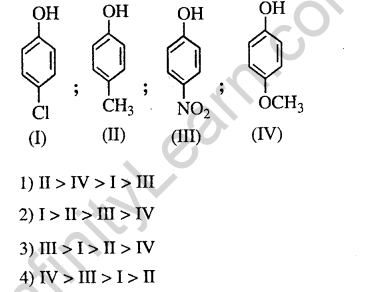 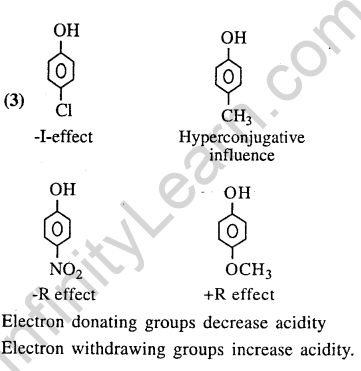 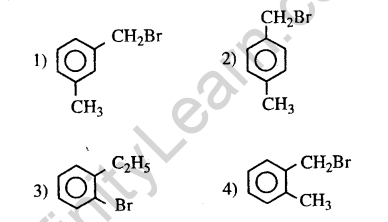 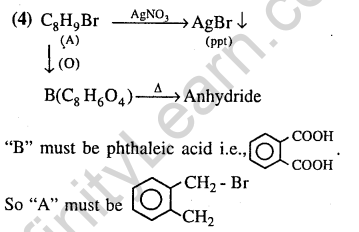 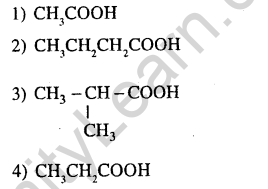 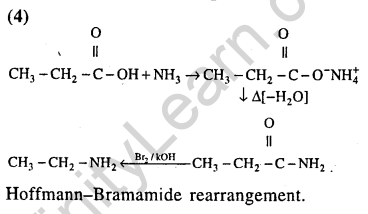 41.Sodium phenoxide when heated with C02 under pressure at 125°C yields a product which on a acetylation produces C. 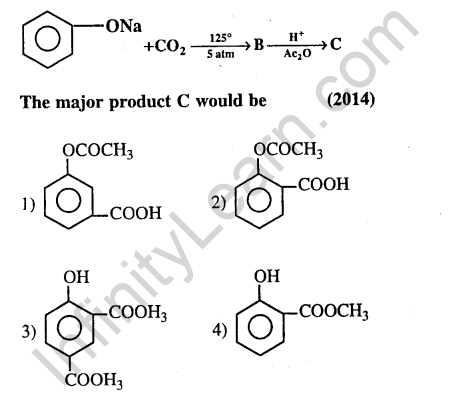 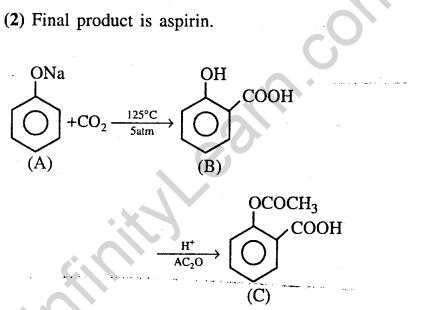