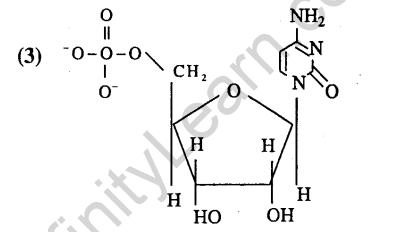 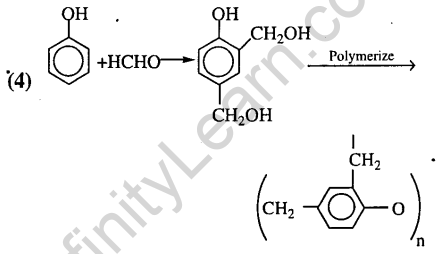 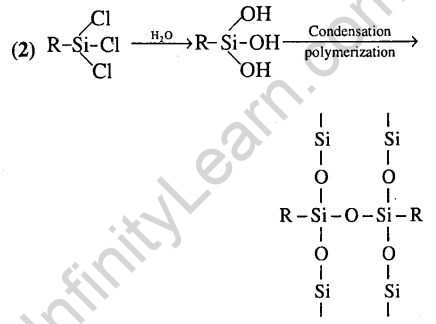 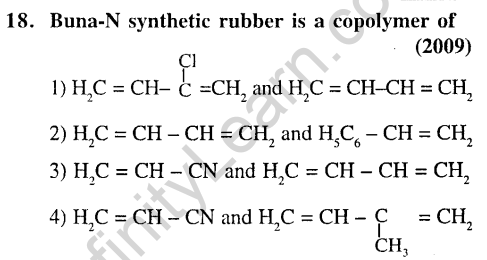 19.Biuret test is not given by (2010)
1) carbohydrates 2) polypeptides
3) urea 4) proteins
Ans.(1) Biuret is a test characteristic of amide linkage. Urea also has amide linkage like proteins. 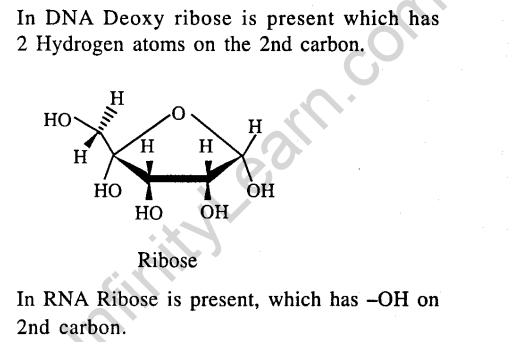 22.Which of the following compounds can be detected by Molish’s test ? (2012)
1)Nitro Compounds 2) Sugars
3) Amines 4) Primary alcohols
Ans.(2) Molish test for carbohydrates : when a drop or two drops of alcoholic solution of oc- naphthol is added to sugar solution and then cone. H2S04 is added along the sides of test tube, formation of violet ring at the junction of two liquids conforms the sugar.

28.Which polymer is used in the manufacture of paints and lacquers ? (2015)
1) Bakelite 2) Glyptal
3) Polypropene 4) Poly vinyl chloride
Ans.(2) Uses of polymer glyptal.