Mughals expanded their kingdom from Agra and Delhi, starting from the latter half of the 16th century, and finally, in the 17th century, they were controlling nearly the entire subcontinent. They imposed structures of administration and ideas of governance, which are still practiced beyond their rule. In fact, the Mughals had left behind a political legacy, which the rulers of the subcontinent, who succeeded them could not ignore. Chapter 4 of the CBSE Class 7 History deals with concepts related to the Mughal Empire. NCERT Solutions for Class 7 History Chapter 4 “The Mughal Empire” explores the solutions to the exercises, given in the textbook “Our Pasts-II”. These NCERT Solutions of the exercises provided at the end of the chapter will be a useful resource for school exams.

(d) Abul Fazl, Akbar’s friend and counsellor, helped him frame the idea of ____________ so that he could govern a society composed of many religions, cultures, and castes.

b) Bijapur and Golconda

3. What were the central provinces under the control of the Mughals?

A. The central provinces under the control of the Mughals were Delhi, Kabul, Mewar, Sindh, Marwar, Gujarat, Bengal, Bihar, Orissa, Chittor, and Deccan.

4. What was the relationship between the mansabdar and the jagir?

A. Mansabdars received their salaries as revenue assignments called jagirs which were somewhat like iqtas. The Mansabdars did not actually reside in or administer their jagirs, rather they only had the rights to the revenue of their assignments, which was collected for them by their servants while the mansabdars themselves served in some other part of the country.

5. What was the role of the zamindar in the Mughal administration?

A. The Zamindar in the Mughal administration collected revenue from the peasants. They acted as an intermediate between the Mughals and the peasants and in some areas the zamindars exercised a great deal of power.

6. How were the debates with religious scholars important in the formation of Akbar’s ideas on governance?

A. During the 1570s, Akbar had a discussion on religion with the Ulama, Brahmanas, Jesuit priests who were Roman Catholics and Zoroastrians. These discussions took place during his stay at Fatehpur Sikri in the ibadat khana.

7. Why did the Mughals emphasize their Timurid and not their Mongol descent?

A. From their mother’s side, the Mughals were descendants of Genghis Khan (died 1227), the Mongol ruler who ruled over parts of China and Central Asia. From their father’s side, they were the successors of Timur(died 1404), the ruler of Iran, Iraq, and modern-day Turkey.

The Mughals emphasized their Timurid and not their Mongol descent because Ghengiz Khan’s memory was associated with the massacre of innumerable people. They prided themselves on the fact that Timur had captured Delhi in 1398.

8. How important was the income from land revenue to the stability of the Mughal Empire?

A. The income from land revenue was the main source of income for the Mughal rulers and hence it was very important. It strengthened the economic system of the Empire. The money collected was invested in building forts and was for the welfare of subjects. Its importance can be easily assessed from the fact that Todar Mal, Akbar‘s revenue minister, took a 10-year period to carry out the proper calculation of land revenue.

9. Why was it important for the Mughals to recruit mansabdars from diverse backgrounds and not just Turanis and Iranis?

A. i. It was important for the Mughals to recruit mansabdars from diverse backgrounds and not just Turanis and Iranis because the empire had expanded to encompass different regions and provinces.

The problems of common folks would be understood better by the people living with them.

iii. They came here to rule, so they needed to respect the diversity of the country in order to have a control over it.

10. Like the Mughal Empire, India today is also made up of many social and cultural units. Does this pose a challenge to national Integrations?

A. i) No, this does not pose any challenge to national Integration. Unity in Diversity is a special feature of India.

iii) But this does not mean that they are different people.

iv) They are one and are proud of being born in India. Sometimes social conﬂicts arise no doubt but they are solved in an amicable way whenever there is an external threat, all Indians come together. 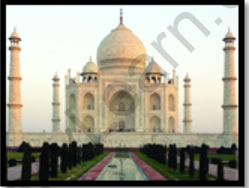 11. Peasants were vital for the economy of the Mughal empire. Do you think that they are important today? Has the gap in the income between the rich and the poor in India changed a great deal from the period of the Mughals?

A. i) Peasants are as important today as they were during the Mughal Empire.

ii) They cultivate the land and grow crops without which we cannot survive.

iii) They pay land revenue to Government in turn government uses them for development work.

iv) Yes, peasants are important even today, we cannot imagine our country without them.

v) They are the backbones of the nation. The gap between rich and poor has reduced to some extent in India compared to the Mughal period.

The NCERT Class 7 Our Pasts-II Chapter 4 talks about the following topics:

4. The Mughal Empire in the 17th century and after

1. How can students prepare for the annual exam using the NCERT Solutions for Class 7 History Chapter 4?

Before the annual exam, students have to learn the chapter thoroughly and revise them regularly to attain a strong grip over the key concepts. The NCERT Solutions provided by INFINITY LEARN is an apt resource for exam preparations and to score high marks in the exam. It’s recommended that students refer to the solutions while attempting the questions of a new chapter to comprehend the method of answering as per the latest CBSE guidelines.

2. What was the role of the zamindar in Mughal administration discussed in NCERT Solutions for Class 7 History Chapter 4?

‘Zamindar’ was a term used by the Mughals to describe all intermediaries, whether the local headmen of a village or any powerful chieftain. The role of the zamindar in the Mughal administration was to collect the revenues and taxes from the peasants that were a source of income for the Mughals. They acted as an intermediate between the Mughals and the peasants and in some areas the zamindars exercised a great deal of power.

3. What will students learn in Chapter 4 of NCERT Solutions for Class 7 History?

In Chapter 4 of NCERT Solutions for Class 7 History, students will learn about the following topics:

Who were the Mughals?

Military Campaigns of the Mughals and the Mughal Emperors

The relationship between the Mughals and other rulers
a. Mansabdars and Jagidars
b. Zabt and Zamindars
c. Akbar’s Policies

The Mughal Empire in the 17th century and after