Q.l. Why are services are limited between 100-350 latitudes in the southern hemisphere. 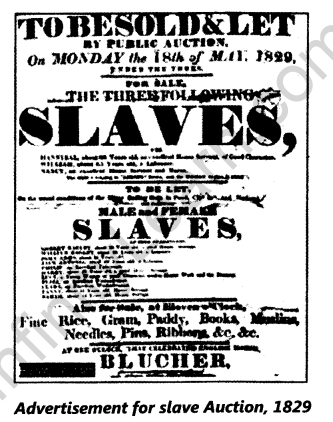 2.1 Name the trade shown in the above figure

Q.4.Name the sea-port, which extended its facilities to neighbouring land locked countries.

Q.5.The word ‘planning’ “involves the process of thinking, formulation of a programmes and implementation of a set of actions to achieve some goal”. What kind of value needed for planning a particular region?

Q.8.Explain any three ill effects of air pollution on human health in India.

Q.9.Fifteenth century onwards the European colonialism began and along with trade of exotic commodities, a new form of trade emerged which was called slave trade. The Portuguese, Dutch, Spaniards, and British captured African natives and forcefully transported them to the newly discovered America for their labour in the plantations. Slave trade was a lucrative business for more than two hundred years till it was abolished in Denmark in 1792, in Great Britain in 1807 and United States in 1808.
Read the above paragraph and answer the following :
(i)”Slavery was a curse”. Justify the statement in your opinion.
(ii)What kind of values are needed to bring slavery to an end?

Q.11. How has the Rhine waterway been a boon for those countries through which it passes? Explain with examples.

Q.12.Why did Mahatma Gandhi lay emphasis on spinning yarn and weaving khadi? Explain your answer with any three values.

Q.14. Despite major setbacks, Indian ports continues to grow after the independence. Elaborate your answer with examples.

Q.18. What factors affects the rural settlements of the world.

Q.21. On the given political outline map of the World, following five features are shown. Identify
these features and write their correct names on the lines marked near each feature:
(i)Mega city.
(ii)Most populous country of Europe continent.
(iii)A major airport.
(iv)Areas of subsistence gathering.
(v)West terminal of Trans-Canadian railway. 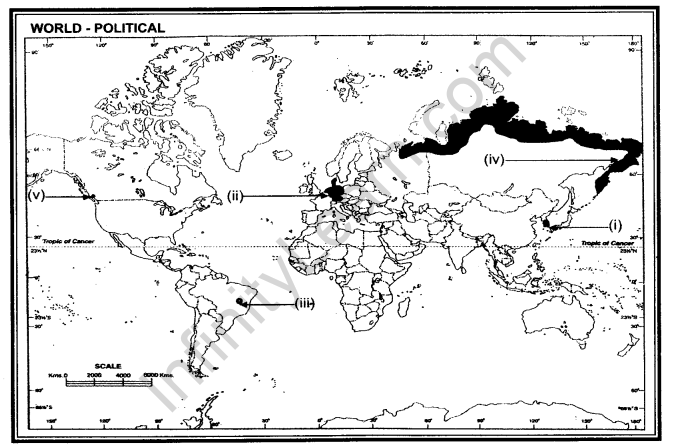